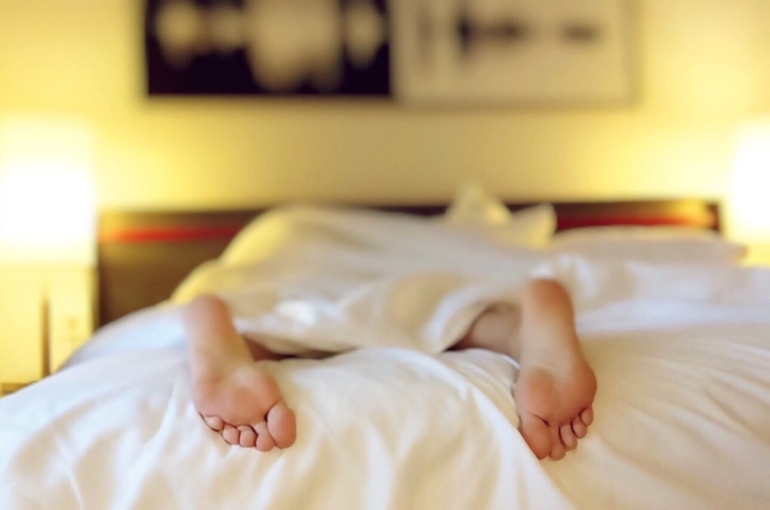 Trying the local cuisine is one of my favorite parts of any trip abroad. From street tacos in Mexico to curry made by my Indian Airbnb host, I fully indulge in any good food I can find.

Unfortunately, my adventurous taste buds do not always make the best decisions when it comes to my health. I try to stay clear of anything that looks spoiled, old, or unsanitary. That being said, I’ve also taken my fair share of risks when something looks just too good to pass up.

The result? Montezuma’s Revenge, Delhi belly, mummy tummy – doesn’t really matter what you call it. The fact is that, according to the CDC, 30% to 70% of all travelers experience travelers’ diarrhea.

Thankfully, the medical community has been working on this problem for years and you can lower your risk significantly. It just takes a bit of knowledge and planning.

Before we get into how to prevent traveler’s diarrhea, let’s first cover what exactly it is.

What is Montezuma’s Revenge (Traveler’s Diarrhea)?

Also known as Traveler’s Diarrhea, Montezuma’s Revenge is a broad term for gastrointestinal sickness caused by a number of different pathogens. These bacteria are most commonly found in dirty water or on unsanitary food. Once the bacteria are in your body, it causes an intestinal infection.

Bad bacteria are everywhere and can be hard to avoid. Our bodies are usually adapted to the bad bacteria in our own environments from a lifetime of exposure. This is why locals are much less likely to get sick from the same bacteria that causes infection in a traveler.

Once infected, symptoms of Montezuma’s Revenge can vary greatly from person to person. A mild case might only cause you stomach cramps and bloating. More serious symptoms include vomiting, fever, and diarrhea which can occur up to 10 times in a single day.

Traveler’s Diarrhea gets plenty of nicknames depending on where in the world you pick it up. In the end though, the symptoms are pretty much the same.

One of the most common pathogens that cause traveler’s diarrhea is E. coli bacteria. E. coli is found in the intestines of both animals and people. It is spread to others through fecal matter. This means Montezuma’s Revenge can literally be caused by ingesting fecal matter. Yuck!

Most commonly, what causes this spread is contaminated food or water.

In many developing countries, sanitation infrastructure is simply not as well established. Wastewater might be dumped in rivers used for drinking water. Meat and dairy production might not be regulated at all.

In other cases, simply bad hygiene can be the cause. You can pick up traveler’s diarrhea even in developed countries. All it takes is a waiter or cook forgetting to wash their hands.

That being said, certain regions of the world, pose a much higher risk.

If you can’t drink the water in a country, there is a good chance you might pick up an infection. Even if you avoid tap water, many foods are washed or cooked in contaminated water. Unless the food is peeled or cooked to a high temperature, the bacteria might still be present.

How Long Does Montezuma’s Revenge Last?

How long a case of traveler’s diarrhea lasts is largely dependent on the body of the person infected. Some people can be infected and just suffer a day or two of discomfort. Other people have their whole trip ruined with a week or more of symptoms.

Our bodies are all adapted to a different level of bacteria depending on where we grew up and live. Someone who has been traveling for months might be able to fight an infection off quicker.

At the same time, each immune system is a little different. Traveler’s diarrhea might not be serious for your average person. For anyone with a compromised immune system though, the infection can be much more serious.

All that being said, the average infection lasts 1 to 5 days. A week of symptoms is not uncommon but the longer you are sick, the more strain you place on your body. It’s important to keep yourself hydrated to prevent worse complications.

If you are sick for more than a week, you should see a doctor. Some less common strains of bacteria are more difficult for the body to fight off. In these cases, you may need to take prescription medication to fight the infection.

When you are sick, you are contagious. However, you are not contagious in the sense that anyone who touches you will get sick. The contagious bacteria is in your gut.

Getting traveler’s diarrhea is a sign that you yourself were infected from exposure to a source.

Most sources of infection are contaminated food or water. If they are contaminated at the source, you can’t do much to prevent it. Spreading traveler’s diarrhea person to person though is very easily avoided.

The number one thing you can do to prevent spreading the infection? Make sure you wash your hands well after using the bathroom!

If you are traveling to a developing country, your first goal should be prevention. Avoid drinking tap water, stay away from street food, and only eat at pristine restaurants.

That’s the advice your doctor might give you but let’s be a bit more realistic. You aren’t going to travel halfway around the world to eat at the tourist chain restaurants. If you are more likely to eat street food or check out local hole-in-the-wall restaurants, you need a different plan.

Thankfully, some safety practices & prevention medication can go a long way. You can have your cake (or street taco) and eat it too!

The US Defense Force has even tested Travelan against 180 different samples of bacteria and Travelan reacted to every single one of them! – including E.coli, Campylobacter & Shigella.

The best part is that it doesn’t require a prescription—simply purchase it online on Amazon in the US. Australian readers can purchase it over the counter in major pharmacies across Australia. Then, simply pack it before your trip and once you are on vacation, just take a tablet with some bottled water before every meal, and you’ll be protected.

So stop worrying about what you can and can’t eat. Simply pack Travelan and you can travel with peace of mind.

Jeremy Scott Foster
Jeremy Scott Foster is an adventure-junkie, gear expert and travel photographer based in Southern California. Previously nomadic, he’s been to ~50 countries and loves spending time outdoors. You can usually find him on the trail, on the road, jumping from bridges or hustling on his laptop working to produce the best travel and outdoors content today. You can read more about Jeremy at his bio.

Work Smarter Not Harder: How to Use App-Assisted Travel Hacking to Take More Trips

How to Travel with Jewelry In 2021

Finding a Job in China as a Foreigner: A Guide to Obtaining a China Work Visa 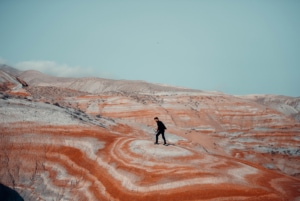 Work Smarter Not Harder: How to Use App-Assisted Travel Hacking to Take More Trips

How to Travel with Jewelry In 2021

Finding a Job in China as a Foreigner: A Guide to Obtaining a China Work Visa 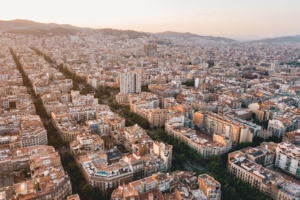 5 Things You Should Know Before Moving to Spain