Can You Bring Cigarettes on a Plane?

If you're wondering whether or not to pack your cigarettes for your next flight, here's what you need to know. 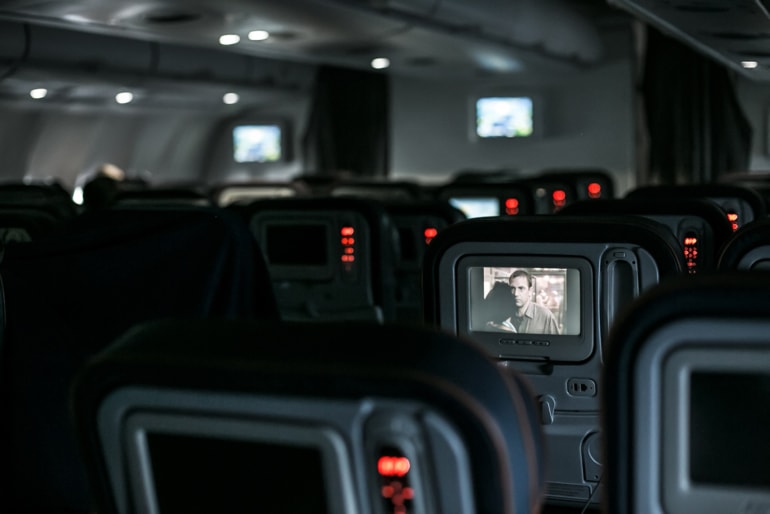 It’s hard to believe that smoking was once acceptable on planes—and not all that long ago. Gone are the days of smoke-filled cabins and ashtrays in the armrest!

For the non-smokers out there, this is a positive thing. For the smokers? Not so much. The thought of a 10-hour long-haul flight without being able to smoke is a nerve-wracking ordeal.

Can You Bring Cigarettes on a Plane?

Yes, you can bring cigarettes on a plane. However, you’re not allowed to smoke them.

Unlike alcohol, you’re allowed to have open cigarettes in your carry-on or even in your pockets. Many airports still have smoking sections (have you seen those giant glass booths in European airports?) so it’s completely acceptable to have your cigarettes within easy reach for a quick smoke between layovers.

This also applies to cigars and loose tobacco.

But smoking on a flight? No chance, my friend. You’re better off trying nicotine pouches instead. But whatever you do, don’t actually light one up at your seat. Or in the bathroom stall. You might be surprised how often that still happens.

How Old Do I Need to Be to Bring Cigarettes on a Flight?

All states (and most countries) have laws that require you to be 18 years of age or older.

Although this is not always the case, why risk it? The fines could be severe for being underage. If you really, really want to bring cigarettes with you and you’re not quite 18 years old, check the laws and regulations of the airline in your location as well as your final destination.

How Many Cigarettes Am I Allowed to Bring with Me on a Flight?

The short answer? As many as you want! But only if you’re a U.S. resident and only if you’re flying domestically. You can bring as much as you can fit in your carry-on or checked luggage. That’s a lot of cigarettes. However, if you’re returning from an international trip, your limit is 200 cigarettes and 100 cigars on your return trip.

Make sure you declare your cigarettes upon landing. The U.S. Customs and Border Protection will absolutely confiscate anything extra that you have or issue a fine. Otherwise, you might have to pay a tax on them.

Other countries around the world have similar restrictions, and it’s up to you to figure them out first. The United States is actually much stricter about these restrictions than in other countries—both France and Spain allow you to have up to 800 cigarettes if arriving from another EU country!

No matter what, if you’re unsure, check the TSA website for guidelines and regulations.

What Else Can I Bring on a Plane?

It’s not all about cigarettes and tobacco. Vapes and e-cigarettes carry a different set of rules, and usually, those that are battery-powered are required to be in your checked luggage. The risk is that a fire could start in the luggage hold. (That doesn’t mean you can smoke them while on the plane, however.)

The same goes for lighters, believe it or not. Disposable lighters (like a Zippo) are allowed in your carry-on or on your person, but electronic lighters or torch lighters are a big no-no.

Pipes are allowed, but cigar cutters, as you’ve already guessed, are not. Something to do with those sharp ends.

Again, all these rules completely depend on the airline and the country, so do your research first!

Smoking on a plane could lead to very big fines, and it’s not worth the risk. You could be forced to pay up to $25,000 for breaking the law and distracting the crew. And that’s no way to end a fun vacation.