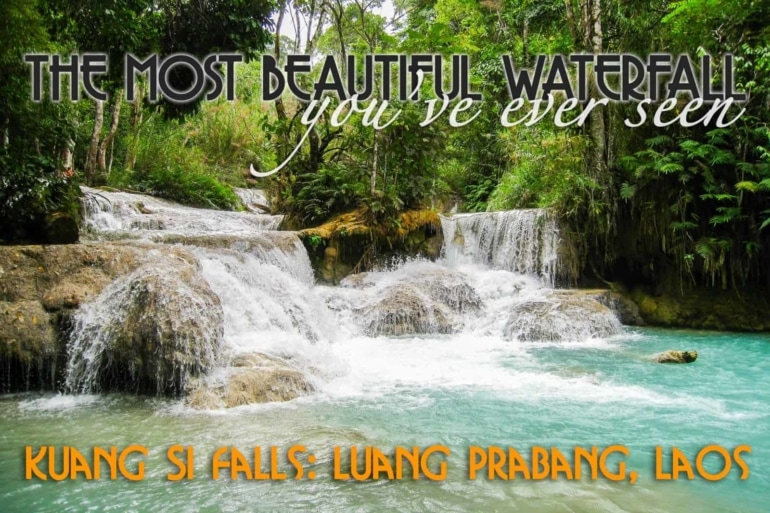 I had just arrived in Luang Prabang and, by some luck of the universe, I was staying at the same guesthouse as a group of travelers I had previously met in Thailand. Their group had started as only two, but over the course of a couple of weeks, they continued to pick up other travelers until they became a group of 17.

Yes, in Luang Prabang, I was lucky number 18.

This was the last stop for many of the group, as some would be heading back to the Netherlands and others would be taking off to other destinations around Asia. We had two days together and we planned to make the most of it.

As one might imagine, traveling as a group of 18 is a nearly impossible task (especially a group of happy-go-lucky travelers), so we split into smaller groups and took off for our first day.

Even as a group of six, though, making breakfast happen on a timely schedule was an impractical task, but when all was said and done, we piled into our tuk-tuk and, for the next 45 minutes, we bumped steadily south some 20 or so miles, armed with flip flops and swim gear, knowing nothing beyond the fact that we were going swimming in a beautiful waterfall.

What we found when we arrived, though, was magical and magnificent.

The Most Beautiful Waterfall I’ve Ever Seen

The Kuang Si Waterfall consists of a tiered group of turquoise pools set amongst the dense Laotian jungle. The bottom of the falls are made up of an array of shallow pools, each one overflowing into the one below it.

Tree branches jut out over the pools, and we found that previous travelers had created a rope swing from a high branch of one of the trees. Individually, each one of us scaled the rugged tree and sidled our way out over the emerald bath below. We swung from the branches like monkeys and, like dolphins, dove from atop other small waterfalls, from one beryl basin into the next.

Walking further up the falls, we found smaller, more isolated pools. Exploring every nook and cranny, we made our way to the main attraction, the 200-foot cascade that seemingly swallowed the earth that it surged through. It was awesome, in every sense of the word.

We stood in awe, with smiles on our faces, knowing that these types of experiences are the best parts of traveling. Our group, now down to five, had connected on a level beyond just friendship. We connected through joy. We connected through discovery of the world around us, and the communal discovery of the adventure junkies inside ourselves. I knew at that moment that it would be a memory none of us would soon forget.

Sometimes the connections you make with others, even if they only span a day, can last a lifetime.

Climbing to the Top of Kuang Si Falls

One member of our group spotted a trail leading to the top. Like children, we ran towards it. Half of us in our flip flops and half in bare feet, we bounded towards the top, jumping over rocks and thick tree roots. We were heading towards the source of this magnificent waterfall. And the chaos that gushed over the ledge was a bizarre juxtaposition next to the uncanny calm that awaited us at the top.

The roar of the rapids became a faint murmur in the background and, suddenly, a flock of orange robes surrounded us. A group of young monks had been exploring the falls that day and our groups began to merge together. We all waded through the large pool at the top, our toes sinking deep into the mud beneath us.

Honestly, I can’t believe my camera survived the trip.

There was no solid ground to stand on, here. There were only shallow pools of water. The basin we plodded through seemed to span for miles in every direction, before finally brimming over the edge and pouring itself 200 feet below us. It was like a thick, jungle swamp set atop a thrashing waterfall.

Standing in this remarkably unique place, we all smiled at each other. We had found one of the treasures of the world and we knew that, by some fate of the world, or lives had intersected for a reason that day.

READ NEXT: I Went to Vang Vieng and Didn’t Go Tubing: Fed Up with Tourists and the Takeover of Tourism 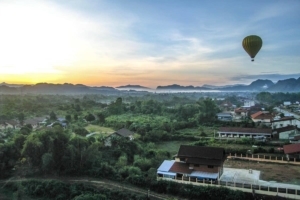 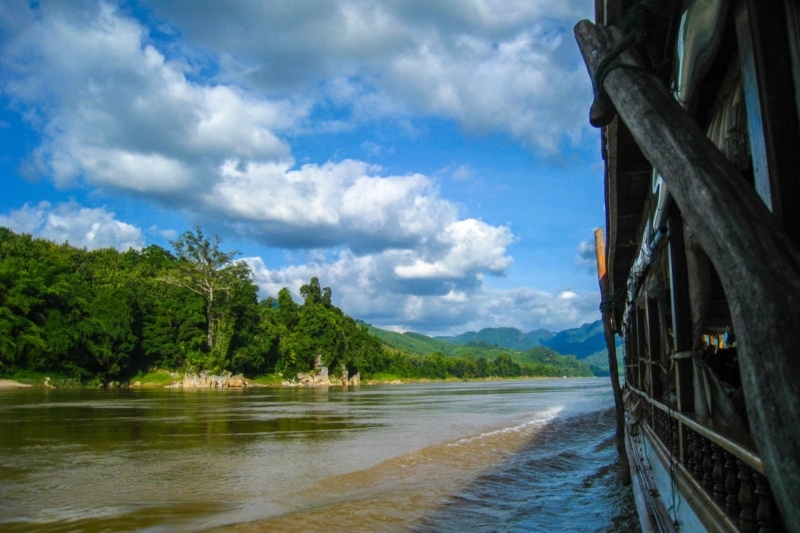 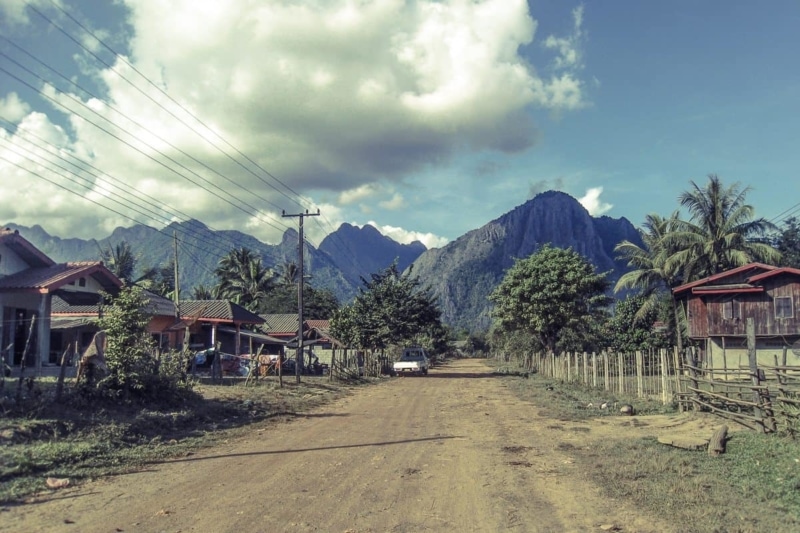 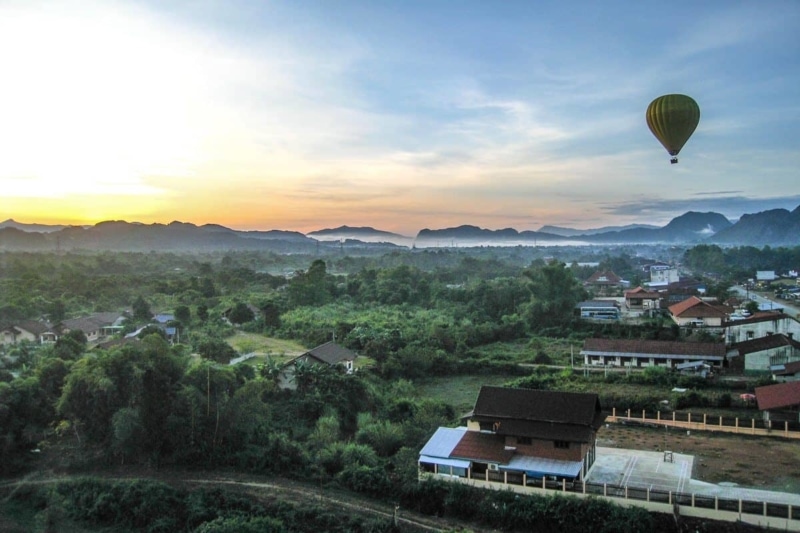