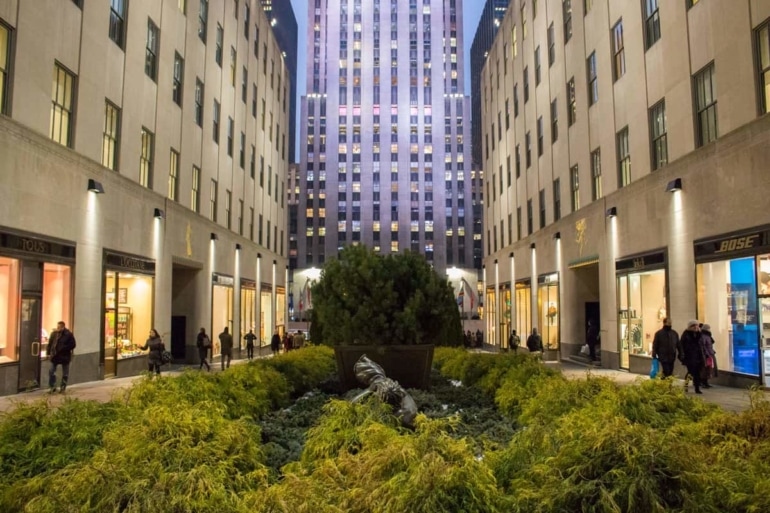 I had never spent that much time in New York, even as a Boston native. Though we were only a four hour drive apart, I never took the time to go adventuring.

But that was before I started traveling. Now, I simply can’t get enough of it.

Upon returning to America, after four years abroad, I began exploring the northeast. I have probably seen more of the world than I have seen of my own country! At 28 years old, I visited New York (properly) for the first time, and got to know the city that defines so much of America. I loved the grittiness and the culture, the art and the food, the passionate and talented people. There are museums, cafes, libraries, parks, hidden bars and hot dogs. Lots and lots of hot dogs.

On one of the briskest days of the year, a half hour stroll through Central Park ended quickly as my toes numbed and I retreated into a nearby Starbucks. I’m lucky my fingers were still functional enough to snap this photo from across the frozen pond!

New York is famous for their hot dogs. Not only can they be found on street corners all over the city (like here, outside of The MET), but gourmet dogs are the newest trend to hit bars and restaurants everywhere.

Crif Dogs, the famous hot dog joint known for housing the speakeasy bar PDT out back (walk into the telephone booth, pick up the handset and the wall to your left just opens!), is one of those places, serving up dogs with things like cream cheese, pineapple, avocados, coleslaw, or anything else you might be able to imagine.

Bryant Park is built over the underground archives of the New York Public Library and, by the 1970’s, had been taken over by drug dealers and prostitutes (that could make for one hell of a Friday night!). It was abandoned by the people of New York, until the late 80’s when the gentrification process began and turned it into the popular park that it is today.

It was a freezing cold day and, beginning a walking tour with Walks of New York, I met Jeff at the effervescent Bryant Park. I love people watching, and this was the perfect place to do it!

Jeff knew the library like the back of his hand. The architecture in New York is second to none, and the inside of the New York Public Library proves this point well. Almost looking like a movie set, this place is very much real and it’s open to the public!

Crack open a book and get reading! Of all the rooms in New York City, this is the one you want to read in. And with more than 50 million items in their collection, you’ll never run out of books to devour!

New York City is known for skyscrapers. You can always spot the tourists in New York because they’re the ones looking up (cough cough)!

The most famous train station in the world!

On the inside, hoards of people can be seen bustling through the main hall. In a single day, more than 60,000 people pass through Grand Central Station!

King Kong, the beast himself climbing the Empire State building under the stars, definitely deserves a spot in my 20 greatest photos of New York. I swear that this is entirely real and was definitely not a part of a miniature replica of New York!

More than anything, I loved walking the streets of New York. There’s a gritty realism that exists here, with a historical and culturally significant foundation. Just walking around, it’s easy to see why New York is considered to be one of the greatest cities in the world.

New York’s number one tourist destination, Rockefeller Center. Another stop along my city tour with Walks of New York, this spot is a photogenic New York institution.

Seen plastered all over television, this building is truly one of the most famous sights in New York.

With the weight of the world on his shoulders, Atlas pays respect in front of St. Paul’s Cathedral.

Though New York is a grandiose city, I tried not to forget to stop and ponder the smaller details. After all, these are what make New York unique (say that five times fast!).

The largest indoor theater in the world, Radio City Music Hall is the premiere venue for some of the biggest shows in the world, including the Grammys, Tonys, Emmys and VMAs! It has also hosted, and continues to host, some of the most notable artists of the century! Jeff, my guide, knew exactly where to get the best shots!

As the sun fell and we made our way to Times Square, we stumbled upon this jubilent juxtaposition of colors.

The busy streets at Times Square.

And, from the top of the famous red stairs in Times Square, amidst all the lights, a single grouping of names shone, somehow, brighter than the others.

Can you blame me?

Many of these photos were taken on the “Welcome to New York” tour with Walks of New York. We began at Bryant Park, toured the New York Public Library, visited Grand Central Station, Rockefeller Plaza, walked by the Radio City Music hall and ended in Times Square. If you’re visiting New York, be sure to give these guys a shout!

READ NEXT: My 33 Favorite Spots to Eat and Drink in New York City 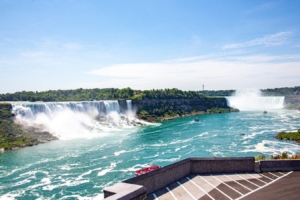 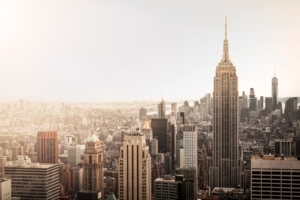 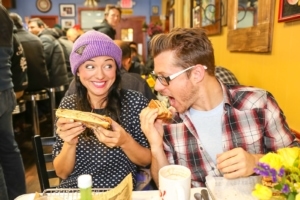 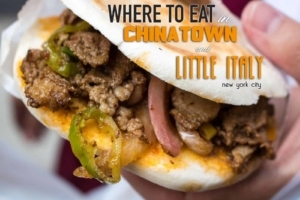 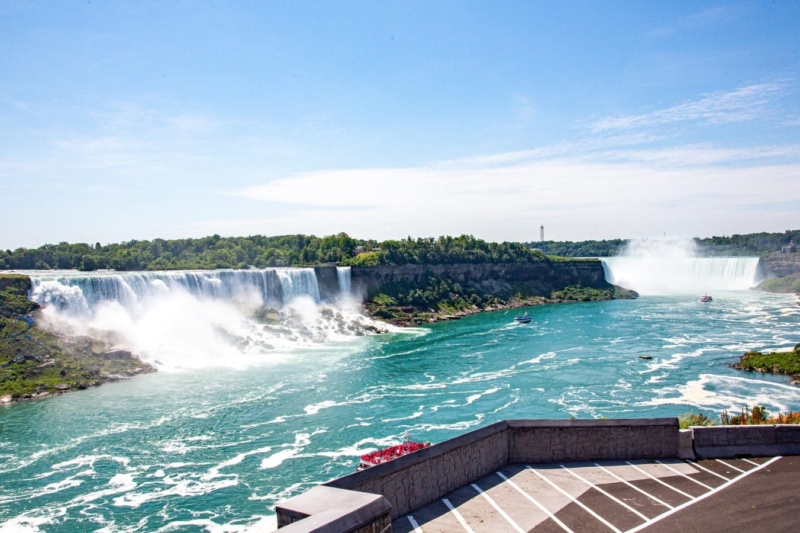 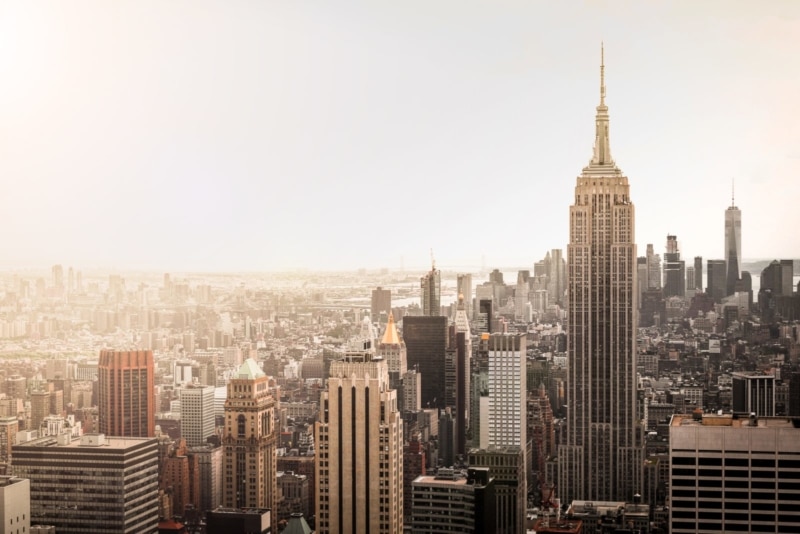 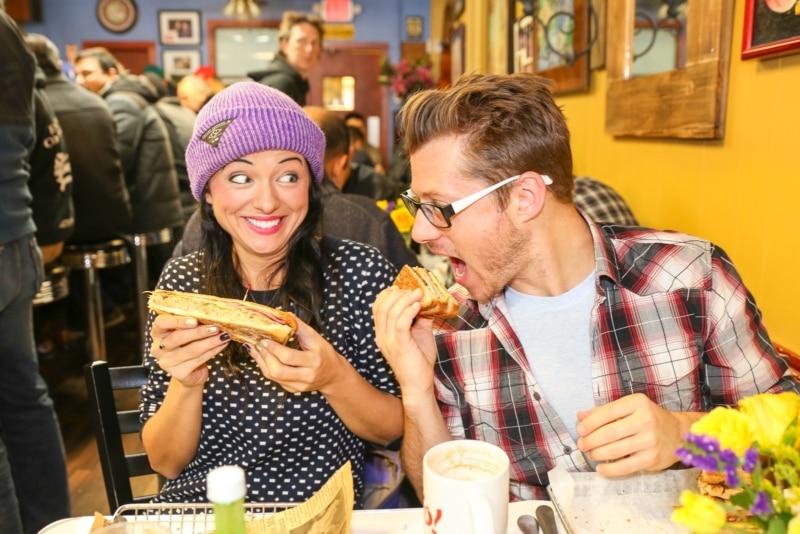 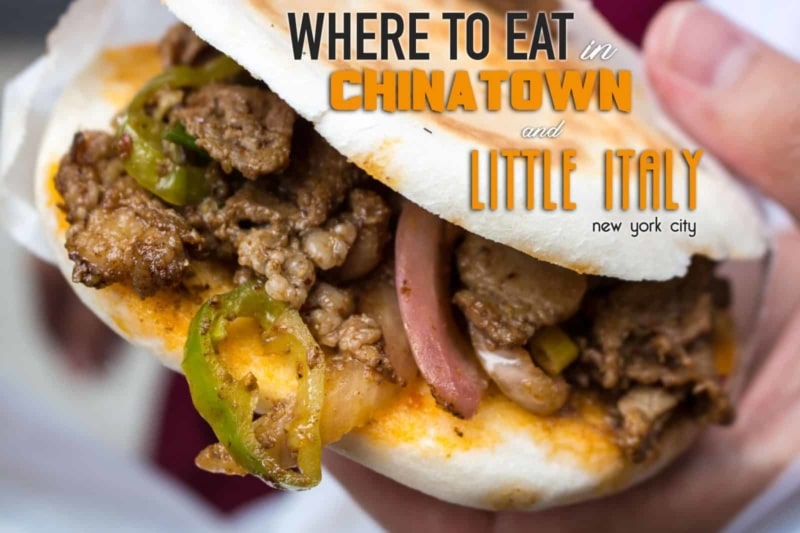