Just because summer is over doesn’t mean that you have to go back to adulting. These adventure destinations are a must if you’re thinking about traveling in September. 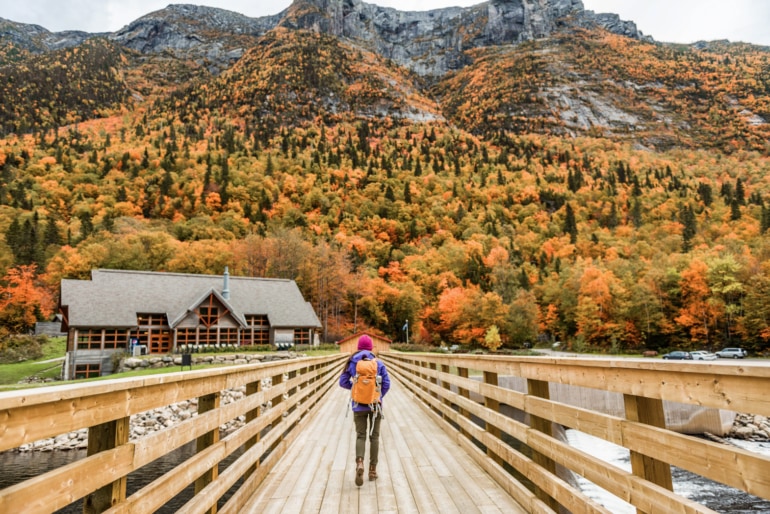 Summer is over. There, I said it. It might not be an easy concept to digest, but remember that September is actually one of the best months of the year to go on an adventure.

School holidays are more or less finished, the summer crowds have died down and the weather is still warm (barring a few places in the southern hemisphere that are still thawing out from their winter). Oh, and flights and accommodation options become a whole lot cheaper since it’s now technically the off-season.

Basically, the world is your oyster in September.

So, call your boss, tell them you want some time off and start packing. It’s time for the ultimate September adventure. Let’s take a look at where you should be jetting off to this September.

1. Uzbekistan for Adventures in the Mountains

Central Asia is one of those regions that’s unfairly forgotten. Tourism isn’t quite as prominent in Central Asian countries, so visitors have to look a little harder for accommodation and prepare themselves a little more for culture shock. For those reasons, what this region does promise, however, is adventure. Plenty of it.

The landscape in Uzbekistan is wildly diverse. You’ve got the dramatic Nuratau Mountains, the Kyzyl Kum Desert and some important, cosmopolitan cities including the capital, Tashkent.

Relive the history of the Silk Road, an ancient network of trade routes connecting the East and West as you explore the desert by foot or on the back or a trusty camel. As night falls, set up camp and falls asleep under stars.

If you want to infuse your adventure with some culture, head to the Hazrat Daud Cave, a popular Islamic pilgrimage site. To get to the mountaintop upon which this cave sits, you can either ride a donkey or climb the 1,303 steps. Once you get to the top, you’ll be able to wander through the cave tunnels before you make your descent.

2. Paris, France for Museums and Architecture

Paris, the city of love, is never as beautiful as it is in September. The summer heat has turned down a notch but the sun still shines late into the evenings. Plus, you can usually find cheap flights once the throng of summer visitors has subsided.

There is a lot to see and do in Paris. There are the classic spots, such as the Eiffel Tower, the Louvre and Arc de Triomphe, which you should definitely visit.

But then there are the more adventurous activities. I recommend starting your Parisian adventure underground in the Catacombs. These tunnels run under the city and contain thousands of bones and skulls.

If you prefer your adventures to take place above the ground, why not try water skiing on the Seine, the city’s 483-mile-long river? Or riding over the city in a hot air balloon? Tons of companies offer sunrise and sunset rides to give you optimal, aerial views of the romantic city and get your adrenaline pumping.

Home to Gaudí’s iconic Sagrada Familia cathedral and some of the finest city beaches in Europe, Spain’s city of Barcelona glitters like gold under the September sun. Although the city is cooler in September than if you were to travel in August, you can still dine al fresco and walk around in flip-flops.

La Mercè festival steals the show in Barcelona in September. While the festival was originally in honor of the Roman Catholic feast day of Our Lady of Mercy, today, it is more about parties and performances.

For four days, almost two million people fill the city’s street in a loud and colorful celebration of Catalan culture. Street theater, dance performances, circus shows and exhibitions are just some of the events you’ll find throughout the festival. This year’s festivities take place between September 20th-24th, 2019.

If you don’t manage to time your trip to coincide with the festival, there are plenty of other activities on offer. Mountain-biking through the rugged woodlands of the Serra de Collserola Natural Park, just outside of the city, is a popular option.

The mountains separate Barcelona from the Vallès plain and are characterized by their tallest peak, Tibidabo at 1,680 feet high, the valleys of the Llobregat and Besós rivers, the plain of Barcelona and the Vallès basin. The park is a mountain biker’s haven.

4. Moscow, Russia for Indoor Skiing and Fun on the River

To enjoy the best weather in Russia you will need to travel in July. However, in exchange for the sunshine, you will face intense crowds that could quickly become exhausting.

In September, the crowds dwindle and the winter frost is yet to roll in. This, in my opinion, is the best time to visit the Russian capital, Moscow.

There is a lot of culture to be found in Moscow, from the Red Square to the dozens of museums and galleries. But beyond that, Moscow is a predominant adventure destination.

At the top of your Moscow bucket list should be a visit to the 258,334-square-foot indoor, four-season ski center. Here, you can ski, skate and swim.

The complex temperature is set at a constant 23 to 25 degrees Fahrenheit with humidity set at 65 percent, which maintains the snow park’s trails dotted with various jumps. There’s also a room with a Finnish sauna and jacuzzi to relax your muscles after a day of firing them up.

If you would rather be outside, the Moscow River is a hive of activity when the weather holds out. Stand-up paddle boards are available to rent while the Moscow Canal is home to the city’s best kayak club.

There is something humbling about a powerful waterfall. You know that feeling when the spray tickles your face and you feel entirely dwarfed standing next to the cascading falls? You can’t help but think that Mother Nature is just showing off.

Nowhere is this feeling stronger than when you visit the mighty Iguazu Falls, which straddle the border between Brazil and Argentina. Both countries are fiercely proud of their section of the falls and there is great debate as to which side is better. I’ll keep my opinion to myself and let you guys decide for yourselves.

The waterfall itself consists of 275 falls along 1.67 miles of the Iguazu River, the tallest of which, called the Devil’s Throat, drops from 269 feet. To put the Iguazu Falls into perspective, they’re nearly twice as tall as Niagara Falls and rivaled only by Zambia and Zimbabwe’s Victoria Falls.

In September, the falls are not at their peak flow, meaning you can see part of the rock faces poking through from underneath. The crowds are also much smaller at this time of the year, meaning you will get better views from the walkways and trails that lead you to the various viewpoints.

Brush up on your French because it’s time to hit my favorite (and only) francophone Canadian province. In the summer, Quebec is really hot and, in the winter, it is really cold. In the fall, Quebec is just right—and that’s why September is the ideal time to visit.

Canada is resplendent with natural beauty. So much so, in fact, that Quebec is often overlooked in favor of the Rocky Mountains and forests of British Columbia and Alberta. But, the truth is that Quebec’s nature scene is dazzlingly beautiful and perfect for adventures.

Just hop on a bike and cycle along la Route Verte and you’ll see what I mean. This cycle path spans 5,000 km (3,106 miles) and will take you past Quebec’s cities, forests, fjords and lakes.

If you’re looking for something more adventurous, canoeing in the Parc National de la Jacques-Cartier is always a winner. Alternatively, strap yourself into a harness and whizz down zip lines at Arbraska Duchesnay.

This aerial adventure has a range of different circuits available. There are short but sweet lines all the way up to an extreme loop for the thrill seekers among us.

7. Santorini, Greece for Cliff-Jumping and Hiking

Imagine white-washed houses with bright blue roofs, awe-inspiring sunsets and blonde, red and even black beaches. Welcome to Santorini, the showstopper of the stunning Greek Islands.

By September the summer vacationers in Santorini have gone. The prices have lowered. And the sun still shines late into the evening. There is no better time to visit.

But, Santorini is a lot more than just a pretty face. This island really packs a punch when it comes to adventure activities. Your morning might see you cliff-jumping at Amoudi Bay, where the water is crystal clear and of bath temperature.

Then, in the evening, you could hike the Fira Trail. It leads from the cities of Fira to Oia and takes three hours. I recommend doing this so you arrive in Oia in time for the sunset. It has been proclaimed the most beautiful in the world.

You should also devote some time to hiking Santorini’s volcano. The centerpiece of the island, the smoking volcanic crater is seriously impressive and easy to reach.

After a 10-minute boat ride from Fira to the base of the volcano, the hike is just a half hour. From the top, the views of both the crater and the ocean are spectacular.

Just because the summer is officially over doesn’t mean that you can’t still get away. Take advantage of off-season prices, fewer crowds and more comfortable weather for some epic adventures. And enjoy your long-awaited September getaway.

Where are you packing your bags and heading to this September?

READ NEXT: The One Simple Secret to Traveling Light. And It’s Easier Than You Think