Where to Travel in August 2023

You’re sort of obligated to take a vacation or travel in August—your coworkers and neighbors will be anyway. From tossing tomatoes in city-wide food fights to diving with sharks, these adventures around the world will make this August one for the books. 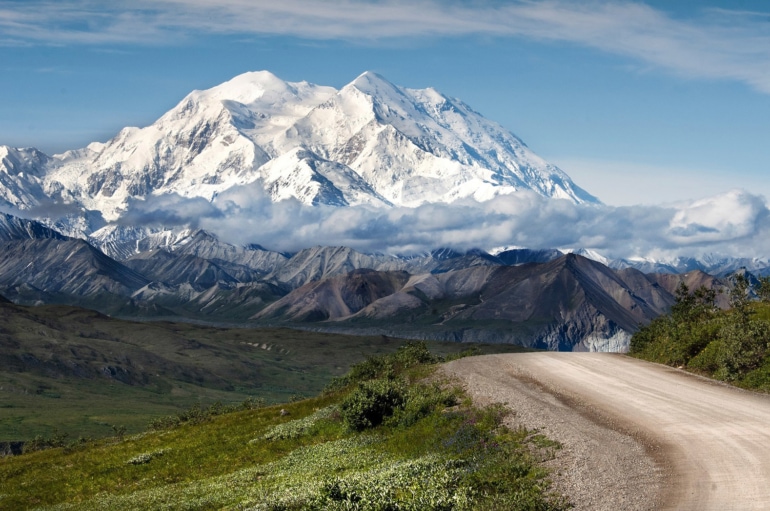 For 31 blissful days, offices are barren and your neighbors are suspiciously quiet. Welcome to August. August means one thing and one thing only: time for an adventure.

It is an inalienable fact that something about summer makes us happier. Maybe it’s because of all that extra vitamin D we’re getting. Or it could be because we know a vacation is coming. Whatever the reason, it’s universal.

All around the northern hemisphere, cities and beaches liven up to celebrate the summer. Along the Mediterranean, even something as simple as dinner can turn into a social extravaganza that carries on long into the early hours of the morning.

You should note, however, that August is the most expensive month of the year to travel to many destinations. A vacation in August might be more expensive than traveling in May, but it is far from impossible. Avoiding the more obvious tourist spots will bring down the price significantly.

Need a little inspiration on where to travel in August? These are some of my favorite places to travel in not-so-obvious destinations around the world in August. These bucket list ideas will guarantee you a summer of excitement and adventure.

1. Spain, for Partying and Throwing Tomatoes

There is always a lot going on in Spain. From the arty streets of Barcelona all the way down to the luxury yachts in Marbella, there are beaches galore and always—always—tapas on tap.

But where to travel in August in Spain is special, for it is in this month that La Tomatina hits the streets of Buñol, Valencia. There is no religious or cultural significance behind La Tomatina; it’s simply a huge street party where people pelt each other with tomatoes.

Participants throw over 330,000 pounds of tomatoes at the festival each year. The mess is sublime and the vibe is electric.

No matter how old you are, there is something deeply satisfying about throwing caution to the wind and covering your loved ones and strangers alike in rich, red tomato guts. Make sure you get your tickets in advance as it is a very popular event.

Further south, the Feria de Málaga (or Feria de Agosto) is Málaga’s biggest party of the year. The party commemorates the taking of the city by the Catholic Monarchs Isabella I of Castile and Ferdinand II of Aragon in 1487, and it sees flamenco dancers, food vendors and funfair rides filling the city’s streets. A whirl of colorful costumes and lively music, this party is an experience for all the senses.

The best time to see wildlife on safari is during the dry season. This is because watering holes dry up so animals congregate around the remaining few en masse, making them easy to find and observe. Plus, the bush lightens up as plants dry out, allowing for uninhibited views.

Kenya is no exception to this rule, and yes, you got it, this is where to travel in August.

August in Kenya is peak dry season and, therefore, it’s the best month of the year to spot big game. Elephants, lions, rhinos and more inhabit the open plains, basking in the sunshine and looking for their next meal.

Undoubtedly the most exciting phenomenon to witness in Kenya in August is the wildebeest migration. Every year, these animals move from the Serengeti in Tanzania to Masai Mara in Kenya in search of greener pastures. It’s nature at its most pure and most brutal as hungry predators hunt for their dinner.

Think Discovery Channel stuff but in real life, in front of your own eyes.

August is also the month of the famous Maralal camel derby. This annual three-day festival celebrates camels and is marked by the camel races that feature both national and international competitors.

3. Edinburgh, Scotland for the Fringe Festival

However old you are and whatever entertainment tastes you have, you will love the Edinburgh Fringe Festival. The arts festival is the largest of its kind in the world and takes over the Scottish capital for the entirety of August. Every pub, bar, café and town hall becomes a venue, while the streets brim with performers.

At the Edinburgh Fringe Festival, you will find comedy, theater, spoken word, improv, dance, singing, circus acts, art installments, immersive theater and so, so much more.

There are two types of shows at the Edinburgh Fringe Festival: the free Fringe and the regular Fringe. Now, don’t be fooled into thinking that the free shows are free because they are not as good. The free shows are just typically for new talent looking for exposure.

I recommend booking your accommodation in Scotland well in advance. Edinburgh’s hotels and Airbnbs fill up fast.

The Fringe app is also worth downloading, as you won’t be able to see even a fraction of the thousands of performances but will have an easier time picking and choosing.

Just off the coast of mainland Honduras sits a small archipelago of paradise islands. They have crystal clear water and pearly white sand. One of them is Utila, the world’s cheapest place to become a qualified PADI diver (the course usually ranges from $250 to $350).

In terms of where to travel in August, it’s a prime time to dive as it is off-season, meaning the water isn’t too crowded. Visibility is also still excellent as the heavy rains don’t start until October.

One main road runs through the island of Utila. Cars are scarce, but moto-taxis, scooters and bikes move leisurely, dropping people off at dive schools each day. It’s a peaceful island, blessed with gorgeous weather and a chilled-out vibe that keeps many travelers on the island longer than they ever intended.

Most dive schools offer a package deal—your four-day course with accommodation and sometimes meals each day. I went with the Utila Dive Center and got put up in a great hostel with a pool and pizza restaurant.

If you choose to do the advanced PADI course after the standard qualification, you can usually get a discount if you book with the same school. Each course comes with two fun dives you can do whenever. The advanced PADI license will allow you to dive down 100 feet, whereas the standard license only permits you to go 60 feet.

Pro tip: If you decide to do the advanced PADI course, save all of your dives until the end. This way you can go to the deeper and more interesting dive sites on all four dives.

5. Alaska for All of the National Parks

Where to travel in August in the USA?  Well, in Alaska at this time of year, the sun doesn’t set until 10 p.m. This gives you ample opportunity to explore the icy stretches of this unique U.S. state. With just one person per 1.3 square miles, Alaska is the country’s least-densely populated state. Just for perspective, the next after it is Wyoming with just six people per square mile.

What Alaska lacks in population density, however, it more than makes up for with its sublime landscapes of forests, mountains, fjords and glaciers. Its wonders lie predominantly in its national parks. Wrangell-St. Elias, Glacier Bay, Denali and Tongass are among the most known. In fact, Tongass is actually known for its frequent grizzly bear sightings.

One of the best ways to experience Alaska is to cruise around it since much of the state is inaccessible by land. From the comfort of your vessel, you’ll be able to take in the magnificent glaciers that pepper the water and, if you’re lucky, a whale or two swimming alongside you.

One of the most popular routes goes through the Inside Passage, an exceptionally beautiful stretch with turquoise water and craggy mountains dusted with snow. This route has calm water, which is a big plus particularly for smaller boats, and it has stops in the state capital, Juneau, as well as Ketchikan and Skagway.

Just be sure to kit yourself out with the right travel gear—even in August the weather here can be harsh.

Bulgaria might not have ever cropped up on your vacation destination radar before but there is no time like the present to change that. Bulgaria’s Black Sea Coast is one of the top summer spots in Europe, easily rivaling Spain and Greece, but without the crowds and without the cost!

Sunny Beach has long been known to European youngsters who want cut-price partying and a beautiful coastline. Varna and Sozopol offer more relaxing beach experiences, with sparkling sand flanked by some of Bulgaria’s finest architecture.

Away from the coastline, the mountains provide respite from the heat. The Rila Mountains are strikingly beautiful with their grassy slopes and jagged peaks and they are home to several glacial lakes and hot springs. The Seven Lakes is the most popular hike here and can be done in a day and will take you to—you guessed it—the seven Rila lakes.

Of course, if you have some spare time after your beach and mountain excursions, you should spend a few days in the capital, Sofia. Sofia is the second oldest city in Europe and boasts some spectacular ancient Roman brickwork within its city walls. Learn more about the city and its history by checking out the National Historical Museum.

Honestly, you can climb Mount Kilimanjaro. You don’t need fancy gear or specialist mountaineering knowledge. You don’t even need a map. All you need is a decent level of fitness and the motivation to make it to the top.

Mount Kilimanjaro is often lauded for its accessibility. You might even hear people referring to it as “the mountain anyone can climb.” Don’t get me wrong: The hike to the top is not easy, especially when the altitude kicks in. After all, it’s the highest mountain in Africa, about 16,100 feet from its base to 19,341 feet above sea level. But, you can do it if you’re determined.

If you’re still not sure where to travel in August, this is an ideal month for climbing Kili as snow at the top is less likely. This means that you will be able to walk to the summit. August also falls in the dry season, so there shouldn’t be any rain hindering your ascent. On top of that, no rain means fewer clouds and therefore better visibility. Are you sold yet?

There are six different routes that lead to the summit of Mount Kilimanjaro.

There’s no end to the travel possibilities on offer in August. With long days and glorious weather throughout vast swathes of the world, it is the perfect month to get the adrenaline fix you’ve been craving. Swim with sharks, climb some mountains and make sure you keep living your best life.

So where are you traveling to in August?

READ NEXT: 9 Winter Adventures to Have This Summer 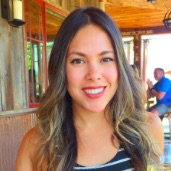