A Family That Travels Together, Stays Together: Day Tripping From DC to Annapolis

On a recent family day trip from DC to Annapolis, we uncovered some of the best things to do in Annapolis. We found the best Maryland Blue Crab, delicious ice cream, and we went for a sail on the Chesapeake Bay! 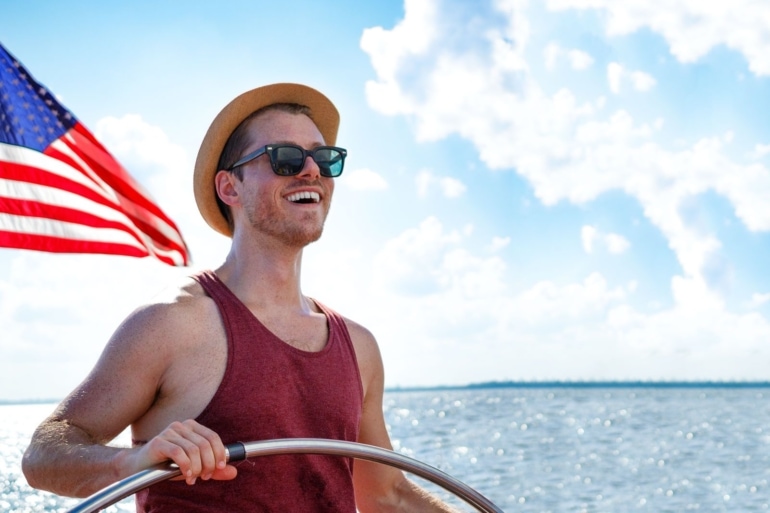 On a recent family day trip from DC to Annapolis, we uncovered some of the best things to do in Annapolis. We found the best Maryland Blue Crab, delicious ice cream, and we went for a sail on the Chesapeake Bay!

It was one of those scorching days in the city where it’s almost too hot to move. You know one of those days where, the second you step out the front door into the summer heat, the only thing you feel is aggravation (and the beads of sweat that ooze down your face). All you want is to retreat indoors where the crispness of the air conditioning will keep you safe.

But no, not today. Today we were going on a road trip!

Since I’ve been staying put for a little while, I’ve had to do things a little differently. I’ve been spending most of my time in Washington, D.C., and I’ve been using the downtime to work on a couple of projects, expand my business, and catch up with family. It’s a rare occasion to spend so much time with them, so when Enterprise CarShare reached out and asked me to try their car sharing service, I knew exactly what I wanted to do: FAMILY ROAD TRIP!

As someone who travels all the time, it doesn’t make sense to own a car. It’s pretty frustrating actually, especially when I’m staying in one place for a longer period of time. Particularly in the States, I’m limited to cities that have good public transportation (so, basically, just New York, but even in that case, “good” might need some redefining).

In cities like D.C., my options are limited. Yes, there’s public transportation here, but it’s not always a viable option (it has a habit of catching on fire). It’s a lot easier to take an Uber or Lyft for a short ride, but if I need my own wheels for a few hours, Enterprise CarShare is the obvious answer.

Offering automated rentals by the hour, day, or overnight, Enterprise CarShare gives you the convenience and spontaneity of car ownership without the hassle and expense of actually owning one. Cars are parked in designated spots around the city and are available to rent 24 hours a day, directly through the app.

Enterprise CarShare operates in cities all over the country, including New York, San Francisco, Chicago, and more. They even operate in Canada!

Since we were only heading out for the afternoon, there was no need to reserve the car for the whole day. We booked it through the evening and, once we picked up the car just a couple blocks away, we swiped the membership card over a card reader on the dashboard, and voila—the car unlocked just like a hotel room.

READER BONUS: Use this link to sign up for Enterprise CarShare and get your first year of membership free (normally $40), a waived application fee (normally $25), plus $20 in free driving credits!

There’s one place that I’d been hearing about over and over again, yet still hadn’t visited: Annapolis, Maryland. Just an hour outside of the city, Annapolis is the ideal location for a summer day trip or weekend getaway. It’s a quaint little town by the water, with cobblestone streets, boutique shops, trendy cafes, and a rich history that dates back to 1649.

With mom, sister, and sister’s boyfriend in tow, we picked up our rental and headed to Annapolis. The air conditioning was on high, and Spotify’s Indie Rock Road Trip playlist was on full blast (full blast being as loud as my mother’s poor ears could handle).

We had but a few things on our mind for the day: fresh crab, homemade ice cream, and a bit of sailing around the Chesapeake Bay.

We decided to check a big ticket item off the list before even getting into the city. Maryland Blue Crab is the quintessential thing to eat in Annapolis, and is renowned for being some of, if not the tastiest crab in the world. Maryland Blue Crabs hibernate and store fat for the dormant period, which is what gives them that rich, buttery flavor that they’re so well known for.

Mike’s Crab House, located on the way into Annapolis in Riva, MD, is a waterfront crab shack with some of the best around. Despite having plenty of good options in town (Cantler’s is a local favorite), we knew how crowded it can be on busy weekends. And since it was Plebe Parents Weekend at the Naval Academy, which meant plenty of cadets would be out with their families, we decided not to risk it.

Annapolis is a city that shows its history. Old brick buildings and brightly colored, rustic homes are more reminiscent of a movie set than a livable town. If Charleston and Cartagena had a baby, it would be named Annapolis.

The main street in town can only be described as “adorable.” And with the temperature well into the 100’s (38°C+), we quickly retreated into The Red Bean, a local coffee shop and ice creamery turned Annapolis icon. Four iced coffees, four ice creams, and four bottles of water, and the four of us made tracks towards the harbor. There was sailing to be done!

Located right on the water, and as the home of the US Naval Academy, boat culture prevails in Annapolis. Not wanting to miss the golden glow of the afternoon light on the Chesapeake, we hit the high seas for a 4pm sail with Schooner Woodwind, a family-owned sailing company that really loves what they do.

Once we got out of the harbor, we raised the sails, grabbed a couple drinks from their cash bar, and chatted with Captain Jen from behind the wheel. The investigative journalist that I am, I asked her all the hard questions, like how she got started sailing and what she loves about it. With a wide smile on her face, it’s obvious just how much she enjoys her job.

“The boat is named Woodwind for my father,” she told me. “He used to teach music in schools, but when he got laid off, he came to me and said, ‘do you think we can sail for a living?'” With a bit of research and a custom-built boat made just for the Annapolis Harbor, they made their dream a reality. As someone who’s a strong advocate for living life how you want to live life, her family’s story of finding a unique way to fulfill their dreams is one that I can certainly appreciate.

After a beautiful sunset meal at Carrol’s Creek by the harbor, and with sunburnt faces and full bellies, we piled into our CarShare and headed back to DC. I learned that there is so much to love about Annapolis, and since I’m sticking around DC for at least a while, it’s a place I know I’ll return to sometime soon. Especially with those hourly car rentals, it’ll be a cinch to go back 😉

More Things to Do in Annapolis

There are a lot of things to do in Annapolis. Some we had time for, some we didn’t. Here’s a list of the most important:

READER BONUS: Use this link to sign up for Enterprise CarShare and get your first year of membership free (normally $40), a waived application fee (normally $25), plus $20 in free driving credits!

READ NEXT: My 33 Favorite Spots to Eat and Drink in New York City