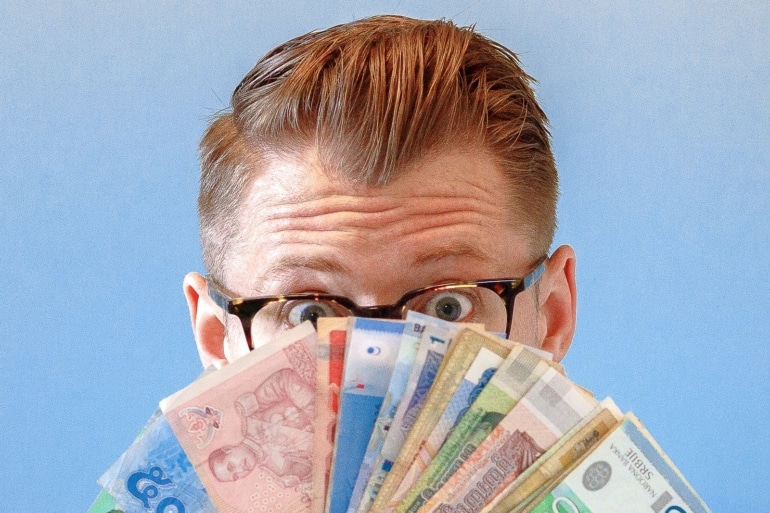 For those Americans who spend a large majority of the time out of the country—traveling, working or both—taxes can become a real issue. If you’re spending a good portion of the year outside of the Continental U.S., there are a few tricks you can use to reduce your tax liability down to NOTHING. Olivier Wagner tells us how.

So…you’ve decided to file your U.S. taxes. Congrats, and welcome to the club of tax compliant Americans abroad.

As an accountant specializing in taxes for Americans who live or work overseas, I know how frustrating it can be to learn the rules of how to file appropriately under these unconventional settings. But there are legal strategies you can use that will help bring your tax burden down to very little, or possibly even nothing at all.

1. Give Yourself Time by Applying for a Filing Extension

April 15 (or April 18 in 2017, taking into account the weekend and Emancipation Day) is widely known as the due date for taxes. But the truth is that date only applies if you are living within the U.S. when it happens. If you’re living in a foreign country on April 15, you have until June 15, 2017, to file. You do not need to file for this extension; it is automatically afforded to anybody living overseas.

If you need even more time, you can apply for an extension that will give you until October 16, 2017, to file. No response from the IRS is needed! So long as you’ve sent off Form 4868 by the April or June due date, your late tax return is covered.

If you have lived outside of the country most of the year, you can have up to $101,300 of your income excluded from federal taxes under the Foreign Earned In-come Exclusion (Form 2555). You can also claim a credit for any taxes you have paid to foreign governments through the Foreign Tax Credit (Form 1116; instructions for filing). This is very useful if you are a resident, expat or worker in another country.

Generally speaking, if your foreign tax rate is greater than your U.S. tax rate, the FTC would be a more advantageous tactic to use. Otherwise, the FEIE is better.

The FEIE can be claimed on either Form 2555-EZ or Form 2555. Most people who do their own tax returns prefer the simplicity of Form 2555-EZ.

3. Avoid Paying State Taxes By Changing Your State of Residence

In addition to these credits, it is important to establish your U.S. residence in a state which does not impose state income tax. Many states have tax laws that mirror the federal exclusions, allowing either the FEIE or FTC for state tax purposes. Others have so-called “safe harbor” laws—that is, you would be taxed as a non-resident even though you list your main residence in that state. They apply to people who have been out of the state for a specific number of days through the year, so it’s important to keep track of where you were.

For instance, New York has developed a reputation for its “548 days” rule. Under this rule, if someone spends at least 450 days in a 548-day period in a foreign country and less than 90 days in New York, even though that person might otherwise be a resident, they would be treated as a non-resident for tax purposes. Maine has a similar rule. Each state imposes their own rules, so be sure to get acquainted with yours.

If you currently reside in a state that taxes on the local level, you can change to one that won’t impose any additional fees beyond the federal level. To prove that you’ve established a new residence, however, you would need to re-register to vote, get a driver’s license in the new state, and update your mailing address with your banks and other organizations.

Getting a driver’s license in the new state typically requires a visit to that state, so it can be a drawn-out process, but if you’re planning to travel for a long time, it can be worth it.

The best way to explain the process is to include a real-life scenario of how I helped an expat who wanted to stay compliant while living overseas. Laura (not her real name) came to me last year as an American living abroad while teaching English in Milan. The move abroad was only temporary, so her home state of Ohio still considered her a local resident.

Laura came to me for the same reason many people do: when it came to taxes, she didn’t know where to start. She had earned an income in both the United States and Italy, and did not know which income she had to claim to each country.

Laura had to file for both state and federal taxes on the income she earned from writing magazine articles as a freelance writer. Although Laura was not physically in Ohio when she earned the money, she was still an Ohio resident. She still had to report her freelance income to Ohio. It is vital to check the status of your state of residence, as each varies widely. Some states allow taxpayers to use the Foreign Earned Income Exclusion for state purposes. Others allow a Foreign Tax Credit.

4. Avoid Penalties for Offshore Banking and the FBAR

Because having a bank account in the jurisdiction where you now live or work is so convenient, the majority of overseas residents will have to file a Report of Foreign Bank and Financial Accounts, or FBAR. You’ll need to file an FBAR if you have more than $10,000 cumulatively in all your accounts at any time during the year. The penalty for willfully failing to file an FBAR is up to 50% of the balance of the bank account, so anyone who wants to keep even some of their money offshore should take this very seriously.

Generally, the IRS will pay more attention to accounts with large balances, situations with more entities involved, or instances in which the failure to file was willful. If you have reasonable cause not to file the FBAR (such as if an accountant erroneously told you it wasn’t necessary), it’s possible the penalty could be brought down to zero. In any case, it’s better not to take any chances when banking in foreign countries, especially with large dollar amounts.

5. Renounce Your U.S. Citizenship with the Streamlined Foreign Offshore Procedures

With all the arduous requirements and liabilities that come with American citizenship, more people than ever are starting to question whether the benefits outweigh the costs. Situations like these may lead you to ask: is there a way to end my American citizenship and permanently free myself from the IRS?

The way to prove that you have relinquished U.S. citizenship is by obtaining a Certificate of Loss of Nationality (CLN). Renouncing is done by making an appointment at the consulate and informing them of your intent to relinquish. It is the clearest and easiest way to give up your U.S. citizenship. Only then would you legally stop being a U.S. taxpayer.

If you have not filed your taxes for years (due to some non-willful reason), the Streamlined Foreign Offshore Procedures are the best way to get into compliance without having to be liable for any penalty. In order to become compliant under the Streamlined Foreign Offshore procedures, you would need to file three years of income tax returns (and six years of FBAR). You would have to file five years of returns to avoid becoming a “covered expatriate,” which makes you subject to the very costly exit tax provisions.

A covered expatriate is someone who fails one of the following three tests:

It is important to cleanly cut your ties and avoid being a covered expatriate if you don’t want the IRS pursuing you for past sins. Surrendering U.S. citizenship removes your filing obligation going forward, but doesn’t remove past obligations. There is also no statute of limitation on unfiled returns. Avoiding covered expatriate status also means that you can give assets to U.S. persons without making them liable for gift taxes, among other things.

U.S. citizens obtaining a CLN, whether for renunciation or other forms of relinquishment, comes with the same cost. At $2,350 (as of 2016), the U.S. charges the highest expatriation fee in the world. This fee is now levied to everyone relinquishing citizenship, regardless of method. It is charged on top of any Exit Tax you might have to pay as well. Still, for many, this is a small price to pay to be forever free of the sticky fingers of the IRS.

Renouncing your U.S. citizenship isn’t a decision to be taken lightly, and I advise that you consult with an expert to determine if it is the ideal course of action for you (as well as the best way to tie up any loose ends before you cut the cord entirely). It’s a major change in life that will affect you both personally and financially

This is just the beginning of everything you should consider about your taxes when you make the choice to move abroad. It takes some getting used to, but it can be done. I’ve seen countless others legally reduce their tax obligation to nothing. Odds are, you can do the same too.

Certified Public Accountant, U.S. immigrant, expat, and perpetual traveler Olivier Wagner preaches the philosophy of being a worldly American. In his new book, U.S. Taxes for Worldly Americans, he uses his expertise to show you how to use 100% legal strategies (beyond traditionally maligned “tax havens”) to keep your income and assets safe from the IRS. 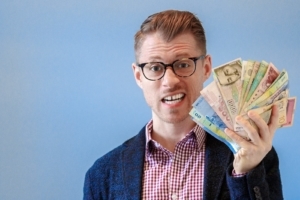 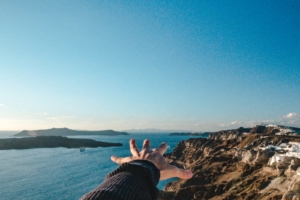 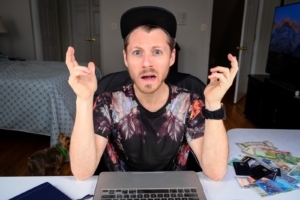 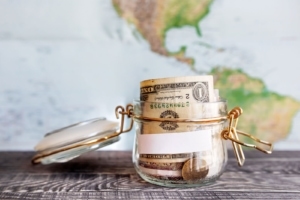 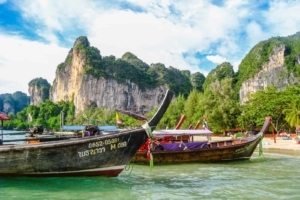 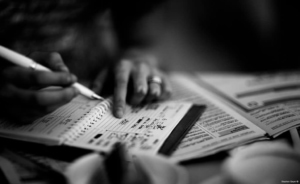 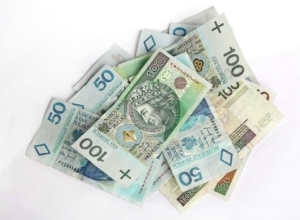 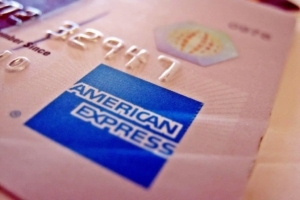