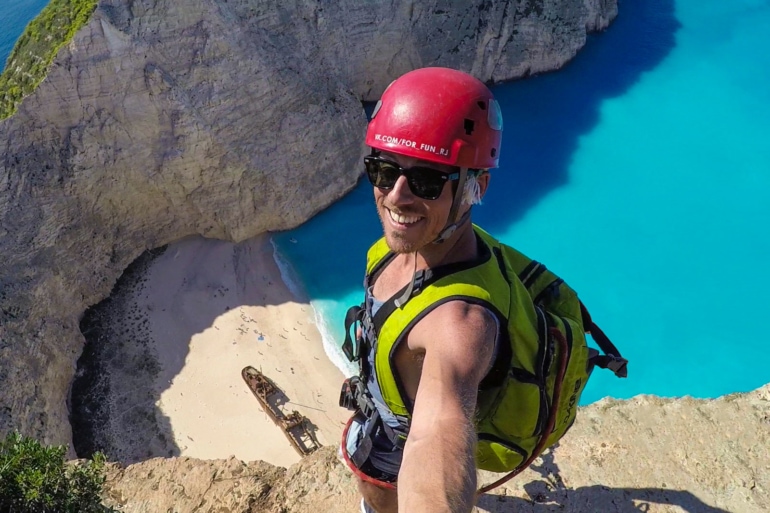 I move closer to the edge—and it crumbles.

A patch of earth shears away and slides over the cliff’s edge, falling 650 feet to the rocky quadrant of the beach below.

I’ve jumped from alarmingly high places before. It’s a running theme with my travels around the world. I threw myself out of an airplane in Australia, bungee jumped naked in New Zealand and I leapt from the top of the Macau Tower—the highest commercial bungee jump in the world—762 feet above the ground.

That’s not to mention all the bridges and cliffs along the way, and that one time I jumped from a second story window of a house at a party in college. But that’s a tale for another day.

Maybe I’m fearless; maybe I’m brave. Maybe (a small voice inside me yells, as I peer nervously over the cliff edge) I’m losing my mind. Plenty of people have called me stupid. After all, jumping from high places isn’t exactly a normal part of the human experience.

I look down at my feet. The bungee cord snakes around them.

It doesn’t put me at ease—all bets are off for this one. This isn’t one of those nice safe jumps with a terrific safety record. This is a piece of unknown rope tied by some guys I’ve only just met, whom I know nothing about.

In summary, it’s the potentially least-secure jump I’ve ever done, and I’m looking at guaranteed certain death at the end of it if something goes wrong. Not so reassuring.

But I don’t even bother asking myself why. I already know.

It’s about what’s happening to my breathing. There’s that incredible sense of nowness, all my senses throwing themselves open in complete panic. It’s what the fear does to me, and how good it feels to overcome it.

The view is dazzling. I admire the vast expanse of cerulean sea laying that lay before me.

As I bend my knees and lean forward, the veins in my forehead pulsate. The adrenaline rushes from my heart and through the rest of my body and the blood roars in my ears…

All I know is that there are two types of people in this world: those who jump, and those who don’t.

I push off with my legs, propelling myself over the edge of the precipice and into the air—arms outstretched on either side—and I make my choice.

Life on the Edge

Prior to arriving in Greece, I already had it in mind to jump off the cliff overlooking this particular beach. I had been watching the YouTube videos for years and, being me, knew this was yet another mission I needed to accomplish in my lifetime.

And then I got here, and reality gave me a kick.

I assumed that, like many other bungee spots around the world, I would be able to pay a company some exorbitant sum of money to put me in a harness and throw me off the ledge. Instead, there was nobody to greet me. No company with an excellent safety record and hundreds of 5-star reviews on Facebook. No waivers to sign. Nothing.

At first glance, it seemed there was no way for me—a novice jumper with no training (or equipment)—to fulfill one of my dreams.

But that all changed when I met Pavel and his gang of crazy Russians.

I had just finished climbing to the skinny fulcrum that overlooks Navagio Beach on one side and an empty expanse of the Ionian Sea on the other. My choice of Havaianas flip-flops for this gnarly hour-long trek was less than ideal.

As I stood on the thin piece of boulder, looking down at the beach, I saw a red bag fly over the cliff’s edge from one of the other vantage points. On one end of the bag was a rope, and that rope terminated on the other side next to a shirtless, pot-bellied man with a shaved head.

This was a man I needed to speak to. Stat.

I hurried back to the main path and climbed through the brush to find him standing there, clipped to a climbing anchor, surrounded by a group of friends. Before I even said hello, I recognized an all-too-familiar language being spoken.

Pavel was there with 17 of his friends. Crammed nine people to a sleeper van, they had spent a week driving from Moscow to Athens, and they’d just arrived on the ferry to the island of Zakynthos.

I introduced myself to Pavel and the gang and asked their plan. “To jump!” was the obvious reply —and I started getting excited. This was my ticket!

And then events took on a life of their own—and here I was, hurtling over a cliff’s edge, with nothing below me but a long, terrible fall. My fate lay firmly in the hands of complete strangers who, upon reflection, looked more “enthusiastic” than “vastly experienced.”

It didn’t matter now. I’d made my choice. Now I was going to find out if it was the right one.

For a moment—a fraction of a second—everything goes still, as if someone presses the slow motion button and life plays at half speed.

Suspended in the air, my mind goes black, as if to protect my memory from what is about to become a very traumatic end to my life.

According to the Splat Calculator, it takes around 7 seconds for a man of my weight to fall 650 feet. Under normal circumstances, the bungee cord would drag things out, absorbing all the energy of my fall and pulling me to safety.

There’s only one problem—and it’s a big one. These guys aren’t using bungee cord. It’s rope. The kind that doesn’t stretch and doesn’t absorb all the energy of your fall. They failed to mention this detail.

If the rope snapped, well, I was going to hit those rocks going around 180 feet per second. Live fast, die extremely wide and colorful. This is the nature of the deal I’ve made with Fate. There is no margin for error here.

I hang in the air for what feels like a lifetime.

But an instant (and an eternity) later, my heart drops into my stomach, my mind returns to consciousness, and I begin to plummet, heading towards free-fall speeds of 120mph.

First: Fear. The “holy shit” moment. I can’t even scream. It consumes me. Everything is raw terror.

And shortly thereafter: Peace. Tranquility. A sense of unbreakable calm steals over me in slow motion. The kind that only strikes when you’re nose diving toward the ground in free-fall. I’ve transcended all other emotions, and all the stress in my world vanishes. There is only acceptance.

It’s a heightened state of bliss far greater than anything I’ve known before.

Yet time is cruel. A few seconds later, it’s gone, and the end of the rope snaps my body—and mind—back to reality. It’s unexpectedly violent. Only now do I realize that it wasn’t a bungee cord wrapped around my body, but rope. It’s okay, though—I’ve survived.

With the adrenaline still vibrating throughout my being I swing alongside the face of the cliff, basking in the afterglow of the rush.

The whole thing is over in eight seconds or less. And as I hang from the rope, swinging along the face of the cliff, the emotions roar through me. The fear, the excitement, and the calm all meld into a single feeling that only has one name.

It’s not about overcoming your fears. It’s about being with them.

There are two types of people in this world…which one are you?

READ NEXT: Want to Travel? It’s About Taking Control of Your Life 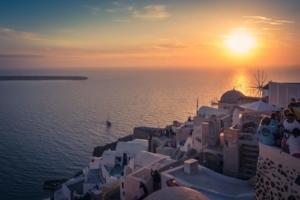 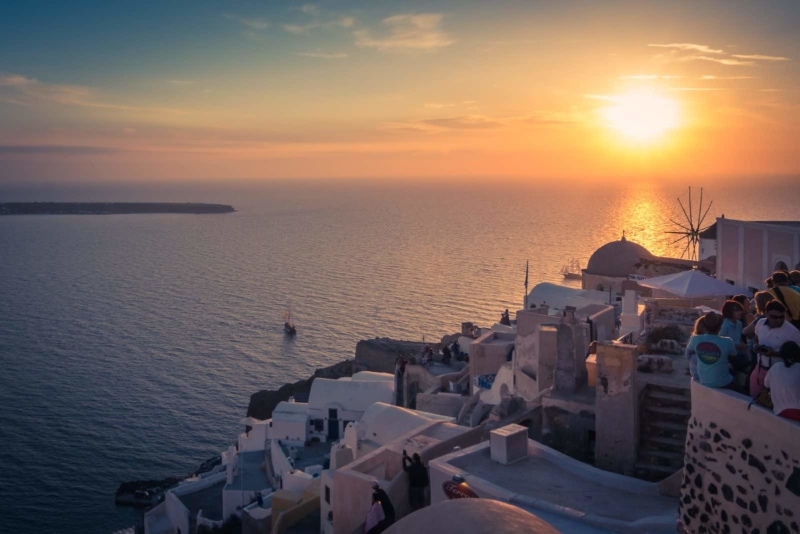