These photos are just a small representation of what Puerto Rico has to offer. From the food to the landscapes to the sunsets and hidden beaches, Puerto Rico is an extraordinary place to visit!

After spending a full year back in the United States, after a lengthy 3.5 years of non-stop travel, I was really itching to get out of dodge for a while. It had been tough transitioning back into America, and since New York was becoming increasingly colder in the month of December, I couldn’t help but crave the warm sun and the hot sand of some tropical beaches.

On a whim, I bought a ticket to San Juan, Puerto Rico (who knew they were so cheap?), and before long, I had exactly what I was looking for. With my trusty camera in hand, I set out to photograph the best that Puerto Rico has to offer. These are my twenty best photos of Puerto Rico.

It took two hours by boat to get to the small island of Culebra, and upon arrival, we rented a golf cart for the day. It toted us around the island, barely making its way over hills or through the deep trenches we weren’t supposed to be driving through.

In our mission to drive aimlessly and hop from beach to beach, we took a wrong turn and found ourselves overlooking a vast blue sea and lush green forests.

Old San Juan is home to two 16th century citadels which were built to prevent sea attackers from taking over the harbor and the island. They are now connected by city walls, which were built 200 years after their original construction. This is a shot of the northern coastline of the the old city, from the Castillo San Cristóbal in the east to El Morro on the western headland.

After getting lost while searching for the most easily accessible waterfront on the island (typical), I found myself at the far end of the beach. It took at least ten more minutes of walking through thick seaweed until I reached my destination: the pure white sand of Sun Bay Beach.

I had spent the day on a small mangrove island in the south of Puerto Rico with Norbert from GloboTreks. When we had finished swimming and drinking rum for the day, we took off to explore the art nouveau town of Ponce. The architecture here is uniquely distinct, and the colors, like everywhere in Puerto Rico, were beautiful to photograph.

5) Palm Tree on the Island of Culebra

My favorite view in all of the city. This cemetery is located just outside the walls of El Morro, up against the Atlantic Ocean, and is the final resting place of some of Puerto Rico’s most prominent residents.

This fried little piece of heaven is essentially a Puerto Rican empanada. While the chicken filling in the rightmost pastelillo was delicious, the pastelón (left) was the real highlight that day. Generally cooked as a Caribbean casserole, pastelón is a sweet and salty combination of mashed plantains, beef, cheese and sauce.

Fry it all up into a little pocket, and THAT’S lunch.

I almost didn’t capture this beauty of a sunset, but I’m glad I made it, in the nick of time. This bay is famously always filled with boats and the cloud structure that came through that evening was simply magnificent.

A bizarre contradiction, La Perla are the slums of Old San Juan. While the rest of the city seems to bustle with relative affluence, the historical community of La Perla remains in stark contrast.

The DEA has estimated that the drug trade inside this tiny village is a twenty million dollar enterprise.

11) Ocean Views on the Island of Vieques

Just one of those tropical photos that I love!

Cruising the streets of Ponce as the sun came down, we stumbled upon this small ruin. Perched atop a small plateau, the cross in the background marks the location where, from the 17th to 19th centuries, a guard watched for merchant and enemy ships. Just behind the ruin, to the right of the cross, is El Museo Castillo Serralles, the home of one of Puerto Rico’s rum lords.

Unusual cloud formations from the aboard the ferry just outside of Fajardo. Do you see the tiny rainbow?

Perhaps one of my favorite shots of the Old City, I took this from atop the Castillo San Felipe del Morro. In view are the city walls, the Santa María Magdalena Cemetary, the slums of La Perla and Castillo San Cristóbal.

A very typical Puerto Rican scene. It seems like, almost everywhere, when the locals didn’t need a boat anymore, they just…left it there.

One of the best meals I had in Puerto Rico was at a small coffee shop in downtown Ponce. Having eaten enough mofongos for one trip, I ordered a delicious Puerto Rican coffee, traditional rice and beans and a lightly herbed mahi mahi that dissolved in your mouth.

These dudes were everywhere, and they were certainly not small! Most were at least two feet long, and I generally found them sunbathing on the hot, dry cement of the castles and city walls in Old San Juan.

We had been given directions to a hidden beach on the eastern coast of Puerto Rico. Not knowing what to expect, we wore swimsuits and flip-flops and left the mosquito repellent behind. Against all expectations, we ended up walking through the dense Puerto Rican jungle, accompanied by swamp creatures and mammoth mosquitos which left their marks for days.

The view was worth it, though!

The view from the balcony of Old San Juan’s best budget accommodation, Posada San Francisco. There are very few reasonably priced accommodation options in this area and, since Puerto Rico is not the cheapest place to travel, I was thrilled to find such a central and well-kept dwelling. Located in the heart of the Old City, and only 20 minutes from the airport, this has got to be the best place to stay in the area.

And they’ve got a hell of a view!

20) Sunset on the Beach, Vieques

After a long day in the sun, my travel partner and I moseyed down the beach towards the boardwalk for some Caribbean cuisine and piña coladas. As the horizon began to beam with light, we stopped to dip our toes in the water. The air was mild and the ocean was enchanting, and this very moment marked the culmination of a very perfect day in Puerto Rico. 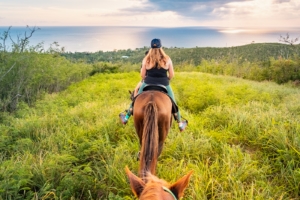 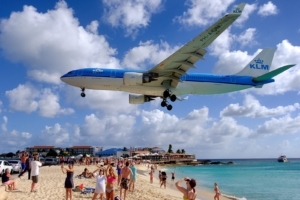 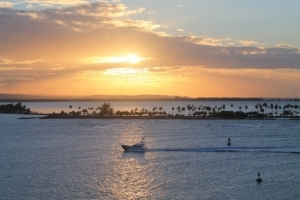 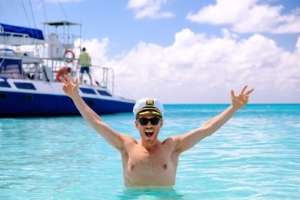 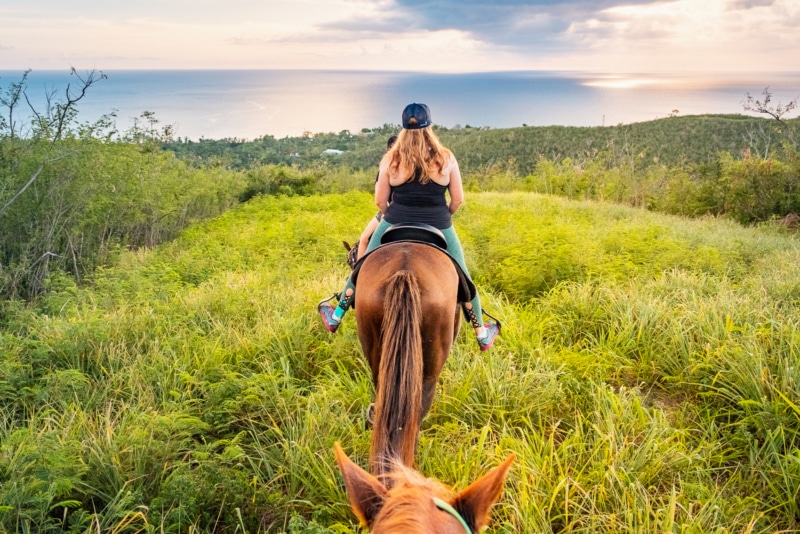 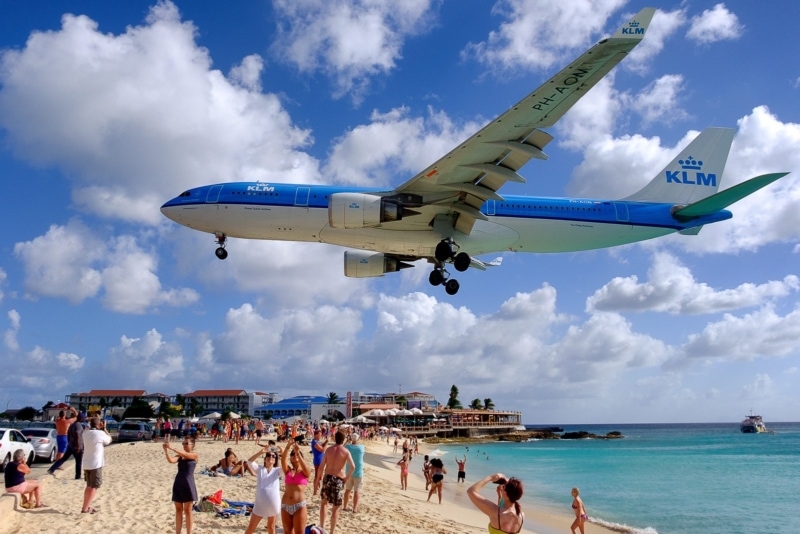 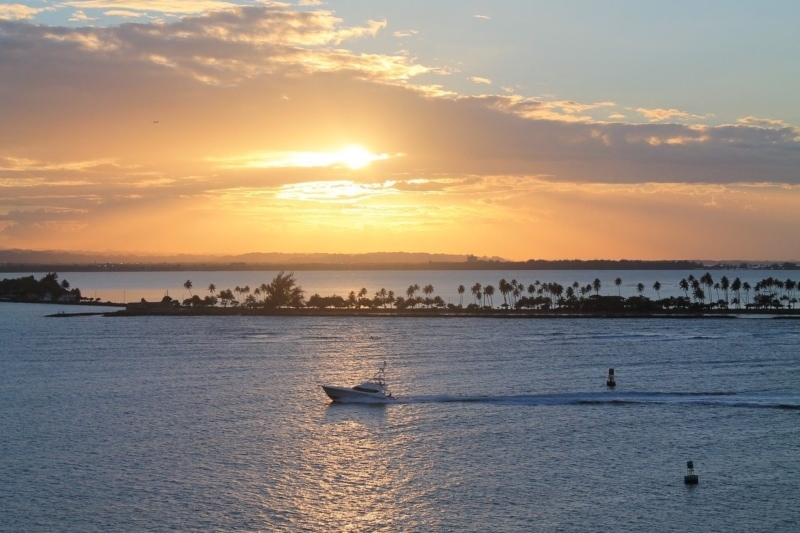 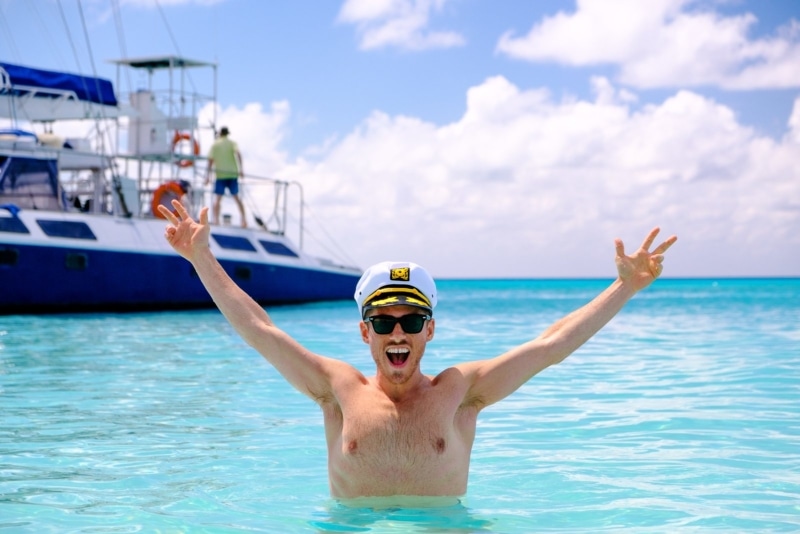