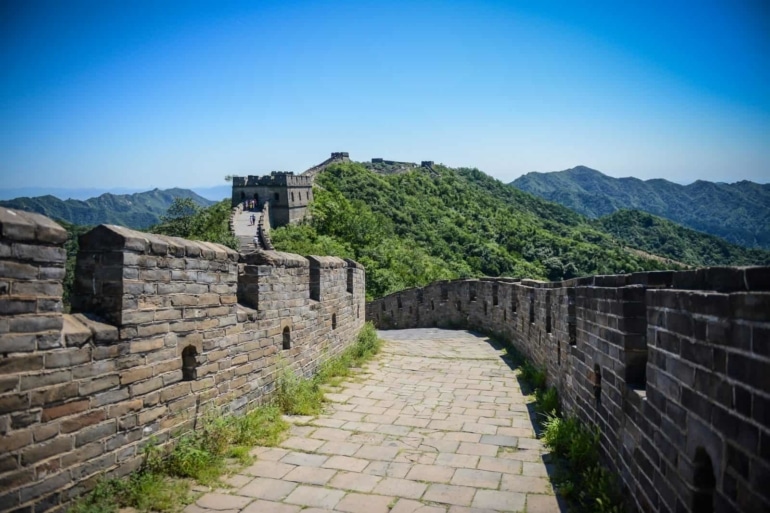 Ben Davis, the award winning UK photographer who previously graced us with 12 Jaw-Dropping Photos of China has returned for round two, providing TravelFreak with 12 more awesome photos of Beijing.

Ben is a freelance photojournalist, operating with a keen eye and a thirst for travel!

To see more of Ben’s five month-backpacking trip around Asia, check out his blog at bendavisphotography.blogspot.co.uk or follow him on Twitter @bendavisphoto.

The Olympic Park was constructed for the 2008 Summer Beijing Olympics. The National Stadium, more commonly referred to as the Bird’s Nest Stadium, is one of the most iconic in the world and was used to host the opening and closing ceremonies of the 2008 Olympics. The Ling Long Pagoda was used as a broadcast centre; it is situated just to the north of the stadium and still displays the Olympic Rings. The Olympic Park is very popular with Chinese families and tourists and still retains a carnival atmosphere over four years after the event it was constructed for.

The Temple of Heaven was constructed in the 15th century at the same time as the Forbidden City, and served as a religious site for the Emperors to perform ceremonies of prayer for good annual harvests. In 1918 the temple was turned into a park and opened to the public, and it remains a popular destination in southeastern Beijing for tourists and locals alike.

Visitors to Beijing are likely to witness local residents sitting outside during the evening playing a game which looks, at first glance, a little like dominoes. It is, in fact, a game known as mahjong. Mahjong is an ancient and traditional Chinese game, and players use tiles with various characters and numbers on the side. The winner is the first player to collect four sets of three matching tiles by taking it in turns to draw, swap and collect the various tiles.

The Great Wall at Mutianyu

The Great Wall is China’s most famous tourist attraction and heritage site, and stretches from Beijing towards Inner Mongolia in the west. It was originally built to protect the Chinese Empire from various nomadic groups and archaeological excavations indicate the first sections of defences were constructed almost 2,700 years ago. The wall has been rebuilt and repaired over the centuries and dynasties, and today much of the section at Mutianyu dates from 1569.

Contrary to widely held beliefs, the Great Wall is not visible from space. Visitor numbers to the wall can be astronomical, so avoid the weekend if you want to miss the crowds.

The Tiananmen Gate sits on the north side of the infamous Tiananmen Square, and is the main entrance for the Forbidden City. Chairman Mao’s portrait hangs in the middle of the gate, gazing down upon the seven million visitors who pass through the gate every year. The gate was first constructed in 1415 during the Ming Dynasty as a ceremonial entrance to the Forbidden City.

The Forbidden City was built in the 15th century as an imperial palace for the Ming Dynasty, and today houses the Palace Museum and is one of Beijing’s busiest tourist attractions. Construction lasted 14 years and required a million workers for the 980 buildings located within almost a square kilometer of central Beijing.

Jingshan Park lies directly to the north of the Forbidden City, and surrounds a 45 metre high hill constructed solely out of the material excavated to create the enormous moats which surround the imperial complex. If Beijing’s infamous smog isn’t too bad, the hill offers excellent views over the Forbidden City and surrounding areas. The park offers some quiet spaces to retreat from the chaotic hustle and bustle of China’s capital.

Hutongs are traditional neighbourhoods in Beijing consisting of narrow alleyways and residences with courtyards situated off them. Their numbers have rapidly declined as the Beijing authorities have demolished them to make way for modern high rise developments and wide boulevards.

In some areas these old neighbourhoods have been preserved and are waiting to be explored. Hiring a bicycle for the day from a hostel is a great way to get lost amongst the narrow alleys and catch a glimpse of Beijing that the tourist doesn’t always see.

As China’s capital Beijing is well connected on the vast and ever increasing train network. Train travel in China is both cheap and comfortable, and is an experience in itself. The super fast bullet train delivers passengers to Shanghai, China’s commercial capital in just four hours, and train services link Beijing to many major cities in the region.

The subway in Beijing is the second largest and fourth busiest in the world. The first lines were opened in 1969 and journeys cost a flat rate of 2 Yuan. The system has undergone rapid expansion in the 21st century, partly in preparation for the 2008 Beijing Summer Olympics, and also to accommodate a burgeoning population. In 2011 the Beijing Subway delivered over 2.18 billion rides and, at peak times, securing a place on a carriage can be a bit of a battle.

National Centre for the Performing Arts

The National Centre for the Performing Arts, or more colloquially referred to as the Giant Egg, is an iconic opera house in central Beijing, situated close to Tiananmen Square. The centre is surrounded by a wide but shallow lake which playfully reflects the interesting architectural design of the concert hall, and access is gained by entering through a tunnel under the water.

The Mao Mausoleum, the final resting place of Mao Zedong, Chairman of the ruling Communist Party of China and the founding father of the People’s Republic of China is situated in the south of Tiananmen Square. Mao’s remains are on display for those who want to see them, but it is only open during the mornings so arrive early to ensure a visit.

READ NEXT: How to Teach English in China