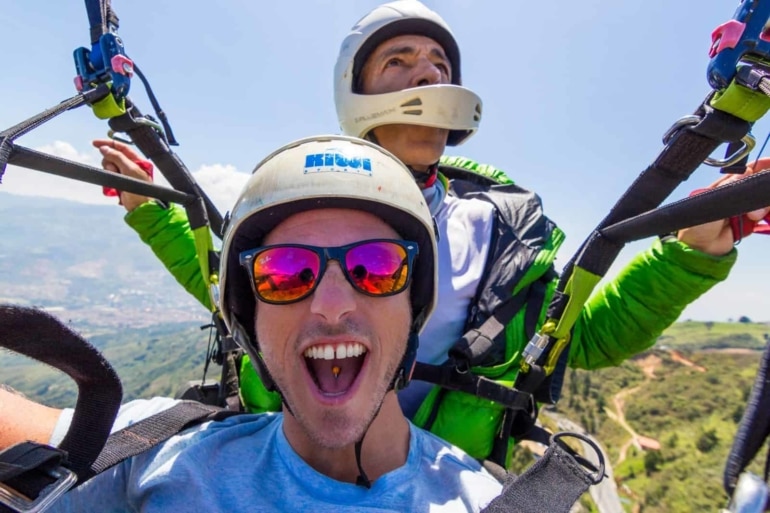 Deep into the hills which overlook the red-brick city of Medellin, we soared high above the sweeping green pastures and miniature hamlets of rural Colombia. Small pueblos, livestock, and serrated hills swirled beneath me.

We had been climbing through the sky for more than 20 minutes when we began our descent. The farmhouses below were becoming larger and larger until we reached the same small clearing that we had taken off from.

Passing over it, I wrongly assumed that we’d be landing there…

No, no. We kept moving forward, toward the dark patch of bushes just beyond the landing pad. Thinking we were going to circle around, my feet scraped the top of the shrubbery at a speed that could only be described as “too-fast-to-land.”

Less than an instant later I was sprawled out on a hill, upside-down and on my back in a patch of undergrowth. Two men came running to greet us and spryly pulled us to our feet. “Was that supposed to happen!?” I shouted at Ruben, the man attached to my back. “No. Don’t worry about it,” he said calmly. “It happens.”

I was smiling, despite our crash-landing. We brushed ourselves off and walked back to the launch pad.

Paragliding in Medellin? Check. Another airborne adventure activity to add to my “completed” list.

The takeoff was more adrenaline-inducing than I had anticipated. The flight itself is calming, relaxing, and tranquil (until the gut-wrenching flips and spins begin, that is). But the departure? That’s the real fun of paragliding. That moment when grounded becomes weightless and your heart (and stomach) drops as you lift off into the sky.

Ruben was our guide and pilot for the day. He loves what he does, and he’s been doing it for 25 years. He lives his life far above the city of Medellin, with an elevated view that many never get to experience. I highly recommend you try it.

But the Adventure Continues…

Once our feet were back on the ground, Ruben made it a point to introduce me to his colleague, Felipe. Felipe looked at me and said, “Jeremy, do you like rock climbing?”

“Of course,” was my obvious answer.

“Right now,” Felipe quipped, already holding a harness in one hand, reaching out with his other for a fist bump.

I didn’t have a clue what the plan was, but I was going with it. We suited up, complete with harnesses, helmets, and gloves and we began our descent into the forest.

Our tromp into the woods didn’t last for long though. It was quickly interrupted by a 200-foot gap between two 150-foot cliffs and a wire connecting itself from one side to the opposite one.

“Wait, how do we get across?” I asked with confusion. I hadn’t connected the dots yet.

With almost no explanation, discussion, or hesitation, Felipe clipped me to the wire and ushered me over the edge, through the air, and face-first into a patch of bushes on the other side. I hadn’t planned on zip-lining through the Colombian jungle when I woke up that morning. But it’s cool. I’m always ready for an adventure.

Once across, we continued our descent into the wilderness. The terrain was surprisingly more rugged than anticipated. It was steep, rocky, and frankly, difficult. We climbed down through the stony forest, over boulders and rivers, hanging onto tree roots for dear life.

We stumbled into a large clearing, furnished with enormous boulders, a sizable waterfall, and a massive rock face. Without so much as a word, Felipe grabbed hold of a notch in the rock wall, and pulled himself up. No more than three minutes later, he was hanging 75 feet above the ground, and he had strung the belay line all the way to the top.

I quickly followed suit and, once he had made his way to the ground, I grabbed hold of the same notch in the ragged rock wall and pulled myself up.

Climbing to about 50 feet, I found myself stuck inside an A-shaped crevice. The trick was to climb your way out, but as much as I tried, I just couldn’t get around it. I reached my legs as far as possible, secured them as best as I could, and grabbing tight, I gave it one last attempt.

My feet dropped out from under me, my left hand slipped, and I swung outwards, only holding on to the very corner of the crevice with my right hand. It was like one of those miraculous saves that you only see in the movies, where Jason Statham gets thrown over the edge of a skyscraper and just barely saves himself with the grasp of his fingertips.

Ironically, that little maneuver put me into the position I needed, allowing me to secure my feet and climb my way out of the crevice. By the time I got on top of it, though, I was dead tired (all this Colombian food and beach relaxation has done a number on my fitness). I called down to the bottom, let go with my hands and pushed off the rock with my feet, until Felipe lowered me down to the ground.

But were we done yet? Absolutely not. There was still more hiking, more boulders to climb, more streams to hop, more rock faces to scale, and more jungle to conquer. But I’m not going to tell you about the rest of that. You’re just going to have to find out for yourself.

When we returned to his shop, Felipe turned to me and said, “What are you doing tomorrow? Nothing? Good. We’re rappelling through waterfalls, then. You in?”

And I’ll give you one guess what my answer was.

Name: Aventura Psiconautica
Website: http://aventurapsiconautica.com
Phone: +57 (322) 412-5178
Price: Rock climbing sessions start at $35 USD for 3 hours. Canyoning begins at $40 USD for 1.5 hours.
Notes: Felipe speaks perfect English. He’s traveled around the world, setting up courses like this one. He runs a community-based program for children in his village, teaching them how to be adventurers and training them to be tour guides. His goal is to give back to his community by providing the children with opportunities for their future.

Disclaimer: The above activities were complimentary, but as always, all opinions, are entirely my own. I never vouch for a person or product I don’t like or trust. 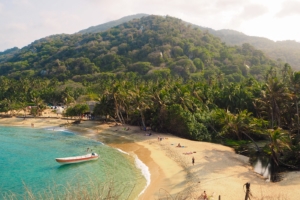 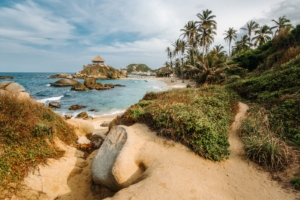 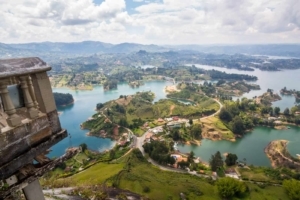 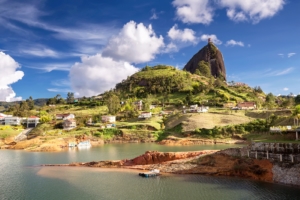 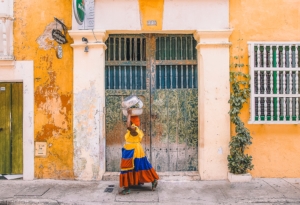 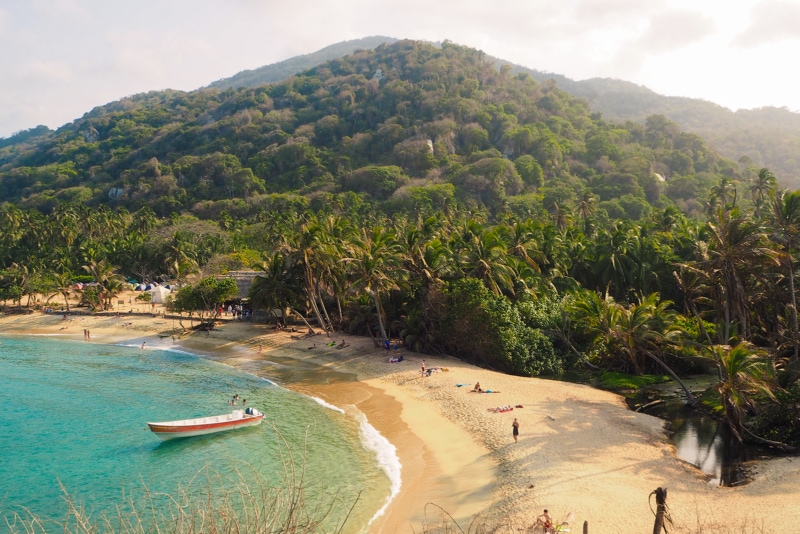 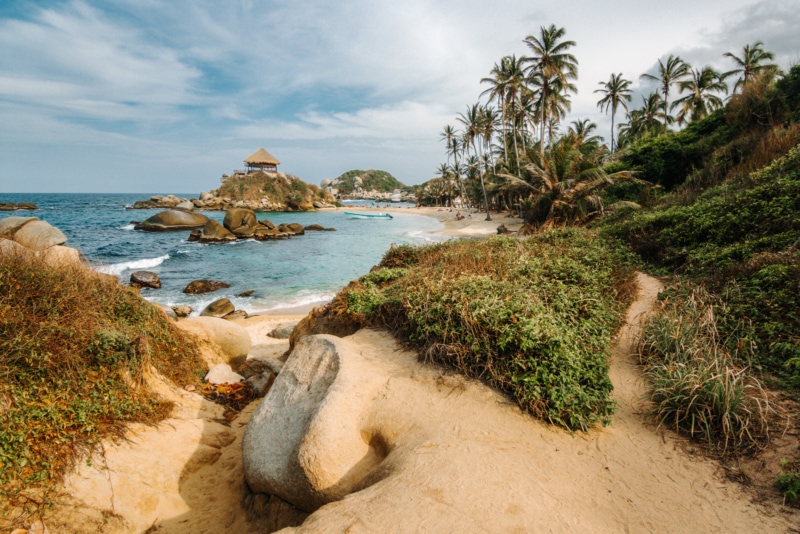 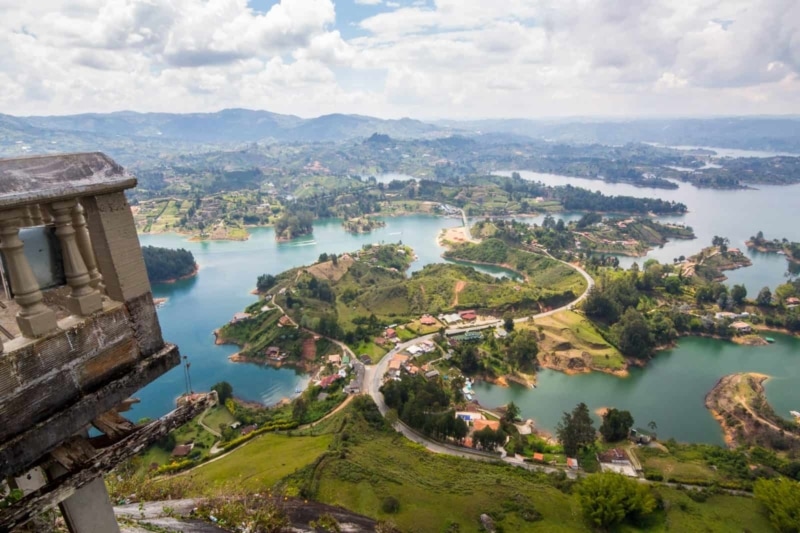 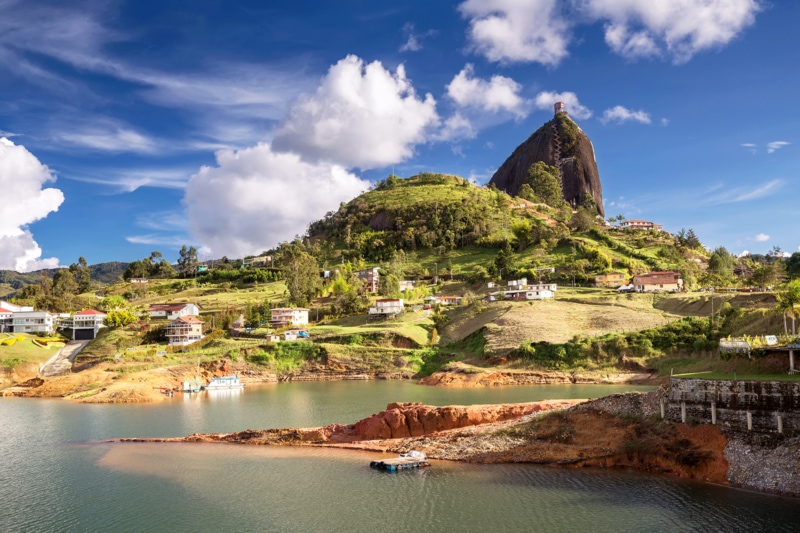 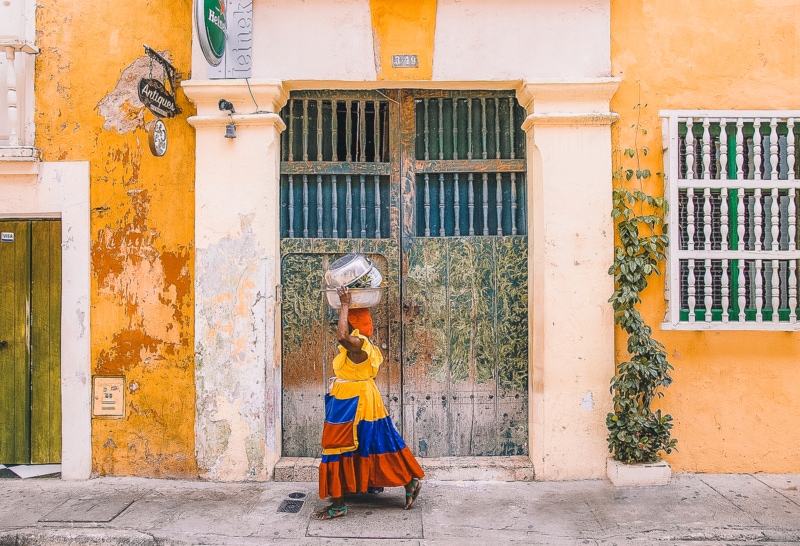