Sponsored by SpaceX: The First Travel Blogger to Visit Space as a Tourist!

As a travel blogger, I have been lucky enough to travel all over the world for my job. Now, I’m about to hit the peak of my career as I get to go somewhere totally out of this world. Literally. 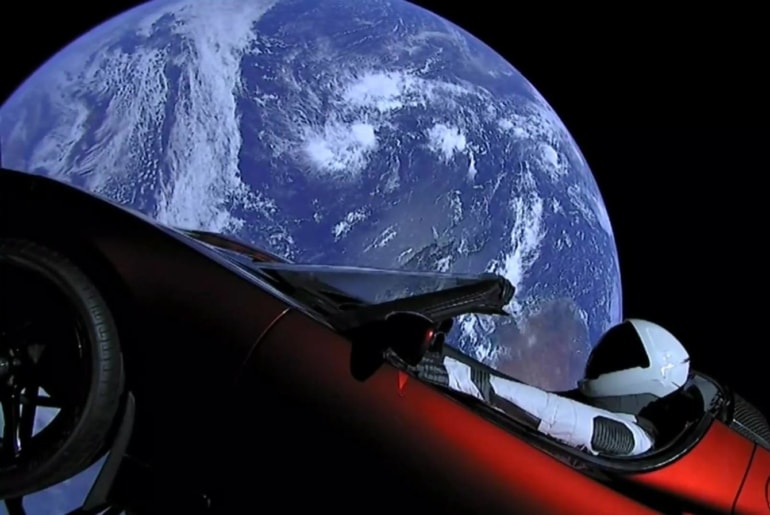 My heart was racing as I opened the email I’d been waiting on for months. It was from the SpaceX team, and it confirmed my place on a passenger flight to the International Space Station (ISS) aboard their Dragon spacecraft.

Yes, you read that right. I will be going to OUTER FREAKING SPACE. Not bad for a guy who jumps off bridges—totally naked—just for fun.

This comes as the result of a new initiative by SpaceX to make space travel more accessible to travelers. The goal is to encourage people to choose space instead of Spain for their next vacation.

With such a hefty price tag (a single trip typically costs somewhere in the range of $250,000), I don’t know if it will work, but I am more than happy to be their hysterically excited guinea pig.

So, Where Am I Going?

Let’s start with the basics: Where exactly am I going? The first port of call on my journey will be the International Space Station, a giant satellite that sits in low Earth orbit—basically, inside 1,250 miles of Earth’s orbit. Currently, the ISS is around the size of a football field and weighs about 450 tons, but you can’t actually see it from earth.

The USA, Japan, Canada, Russia and 13 member states of the European Space Agency control the ISS. I will visit each section of the space station and talk to crew members from each of the different nations about their life and work aboard the ISS.

What Will I Be Doing?

How often I ask myself this would amaze you, but this time I actually have a good answer.

The first part of the itinerary involves a meet-and-greet party in the Russian section with a debrief about their work in the ISS and what it’s like spending so much time in outer space. The session is likely to end with vodka shots with cosmonauts (classic Russians, amirite)?

After schmoozing with the Russians, I’ll head over to the Japanese section for dinner. This banquet will give me a chance to chat on a less formal basis with some of the astronauts and to find out some of the more interesting things about life in space.

Next up is a whirlwind tour through the European chunk. I’ll be skipping out on Canada entirely. I don’t plan to waste valuable time in space eating freeze-dried poutine when there is real work to be done!

Finally, I join my fellow Americans in the USA-controlled section and sit down with some officials for an interview. In this interview we’ll discuss the future of the ISS and the team’s plans for expansion and renovation. Apparently there’s a real push for a movie theater right now.

Unfortunately I won’t be able to update you all in real-time—I’ll be out of action during the trip because they have pretty bad WiFi at the ISS (c’mon, Elon, sort it out).

Fun fact: Each country’s section of the space station runs on its own time. I have a feeling jet lag is going to be a real bitch when the time-zone changes every few minutes!

I’d like to think I was chosen because I’m an outstanding contributor to the world of travel. I am. But, they did not pick me for that reason.

The trip to ISS is only the first part of my journey. After spending four days in the space station, I will be boarding the BFR (Big F***ing Rocket) and blasting off even deeper into space.

My mom wasn’t so thrilled about about this bit.

In 2014 SpaceX first made contact with a civilization on the red planet. They kept news of this quiet until they knew exactly what they were up against.

Turns out these guys (nicknamed Muskies—you can guess why) are actually pretty cool. SpaceX doesn’t know what they look like, but they have been communicating back and forth for a while.

The last thing they got was “Go Patriots” but they haven’t had the heart to break the news to them yet.

Anyway, SpaceX began a hunt for someone young, fun and relatable who would be able to sit down and begin a relationship with the Muskies. Of course, after stumbling across my blog they realized I was the guy for the job.

We had phone calls, we settled negotiations and then they emailed me.

So, What Am I Going to Do on Mars?

That’s a tricky question to answer. Obviously, we don’t know anything about the culture of the Muskies. Do they get offended easily? Are they married to a particular interview etiquette? Should I take them an avocado as a gift?

These are all pertinent questions but, unfortunately, I can’t answer them at this time. We had some lengthy discussions with the powers that be at SpaceX, and then we decided that the best course of action is to be firm but cautious. Like how you would be with an angsty teenager wielding a kitchen knife.

OKAY, FINE. Yes, there is one more thing. The SpaceX team transmitted my photo out to Mars for the Muskies to observe, after they chose me for the mission. They got a response from a senior Muskette whose name is just a series of noises and claps.

Apparently she liked what she saw and she can’t wait to meet me.

I don’t want to get ahead of myself but, if things go well, I might not be coming back. I haven’t been lucky in love here on Earth but maybe things will be different on Mars.

We’ll see, because, I hope so anyway.