The 7 Most Beautiful Casinos Around the World 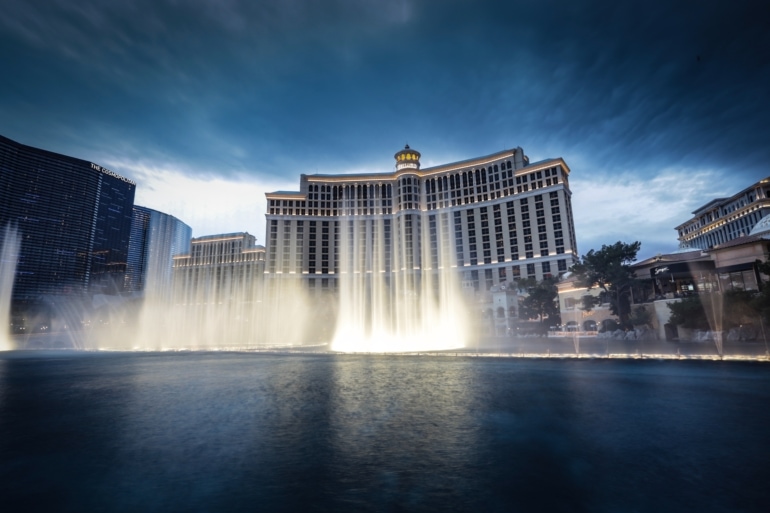 Over the past few years, online casinos have become incredibly popular. They offer amusement without the cost of going to a conventional casino. However, traditional casinos have indeed been around for a while and provide some of the best alternatives for live entertainment.

Nowadays, players have the possibility to select their preferred alternative to brick-and-mortar casinos. Most of them choose internet gambling on casino websites while others who are constantly on the go often use mobile casino apps which are becoming increasingly popular amongst gamblers around the globe.

There are more and more interesting casinos offering the ultimate in opulent luxury all over the world, outside of Las Vegas, if you wish to try your luck at good fortune and do it in style. While there are numerous to choose from in Sin City and other well-known gambling hotspots like Monte Carlo, there are also some highly lavish options in countries like China, South Africa, Singapore, and other countries. Pick your favorite upon rolling the dice, and begin packing.

Macau used to be a Portuguese colony from the mid-16th century until 1999 before it was returned to China. It is now referred to as the “Monte Carlo of the Orient” and is the location of several of the greatest casinos in the world, along With the Venetian Macau, the largest casino on the planet and the sixth-largest building in the world.

The project, which included a 550,000-square-foot gambling area and a sporting events arena, was built for $2.4 billion. Impressive on the interior and out, it has copies of the canals in the lagoon city and the same quasi-Venetian design as the sister resort in Las Vegas on which it was based. With a total floor area of approximately 10.8 million square feet, there are opulent, all-suite guest rooms, many restaurants serving cuisine from all over the world, a play area, garden pools, and vast leisure facilities, as well as 3,000 slot machines and 750 table games.

On Macau’s waterfront sits the enormous Wynn Macau, which has over 100,000 sq.ft of gaming space, 840 slot machines, upwards of 500 table games, as well as more than 1,000 extremely extravagant rooms. With its shopping center housing some of the priciest brand names on the market, like Giorgio Armani, Christian Dior, Ferrari, and Chanel, you’ll discover more than enough to keep you entertained.

Top-notch wellness facilities and fine dining restaurants are also featured at Wynn Macau. All who visit the resort give it high marks for its dependable, great overall experience.

One of the most recognizable names in Vegas, Caesar’s opened almost fifty years ago, rose to the status of a luxury icon, and endured scandals, downturns, and other challenges. The 166,000 sq. ft of gaming facility and its luxurious rooms have come to symbolize extravagance on The Strip. Roman baths are a feature of the enormous spa, and the pools are surrounded by exquisite mosaics and antique architecture.

Since its establishment, several Las Vegas venues have imitated its aesthetic of mimicking Ancient Rome in all of its structures and interiors. The renowned Forum Shops with its own specialized stores, the 50,000-sqr.ft Qua Baths & Spa, and a lengthy range of distinctive restaurants and cafes are all hallmarks of this hotel that rules at the center of The Strip.

In the North West province of South Africa, roughly two hours from Johannesburg is where this enormous resort with Las Vegas-like features is situated. In what was then called the state of Bophuthatswana, among the apartheid governments, allocated territories for the country’s black majority inhabitants where the laws did not apply equally, gambling, and endless income shows were permitted, Sun City Casino Resort debuted in 1979.

Sun City swiftly gained popularity as a high-roller and general gambling destination. With numerous hotels, more than 850 slot machines, and close to 40 blackjack gaming tables, American roulette, stud poker, and Punto Baccarat, it is currently ranked among the greatest casino resorts in the world. With the resort’s very own private wildlife reserve, visitors may even go on safari.

Resorts World Sentosa on Sentosa Island located off the southern coast of Singapore is one of the most expensive buildings ever constructed and costs close to $5 billion. This highly regarded Singapore resort also has a Universal Studios amusement park, Adventure Cove Water Park, and a Marine Life Park with the biggest oceanarium in the world in addition to a casino and numerous hotels.

Along with more than 500 table games like blackjack, poker, and baccarat, the casino has over  2,400 slot machines and computerized table game machines. Every one of the hotels has a distinctive concept and offers opulent accommodations, such as beach villas with stunning views and own butlers. Approximately 40 ft above the earth, tucked in a tree canopy, tree-top lofts provide an enchanting haven for nature lovers.

The most extravagant casino edifice in the entire globe is this one. It was erected in 1929 and inaugurated in 1931, at the height of the American casino boom, and it was designed by the Spanish architect Josep Lluis Sert. In Monte Carlo, Monaco, a big construction was erected on a mountaintop.

This magnificent structure adheres to the essence and aesthetic of Monte Carlo in every aspect. The main casino, together with other buildings and terraces, takes up a sizable portion of the complex. Numerous films have been made at the Monte Carlo Resort Casino because of its distinctive appearance and atmosphere.

Atlantis Resort, the most well-known and biggest casino in the Caribbean, is also home to some of the most costly hotel suites in the world, including a Bridge Suite that costs $25,000 per night. Along with approximately 1,000 slot machines, the casino has 78 game tables with blackjack, craps, Caribbean stud poker, baccarat, and roulette. The skylights and windows all along the gaming floor, which provide stunning views of the brilliant blue sea, are what set it apart.

These are only a handful of the most luxurious and prestigious casinos around the world. Until we get the chance to visit space as a tourist and before they build a casino up in space I guess these will have to do for the time being!