Are you planning to visit Germany soon? Here are 15 interesting and unique facts about Germany that you probably didn’t know about this beautiful country. 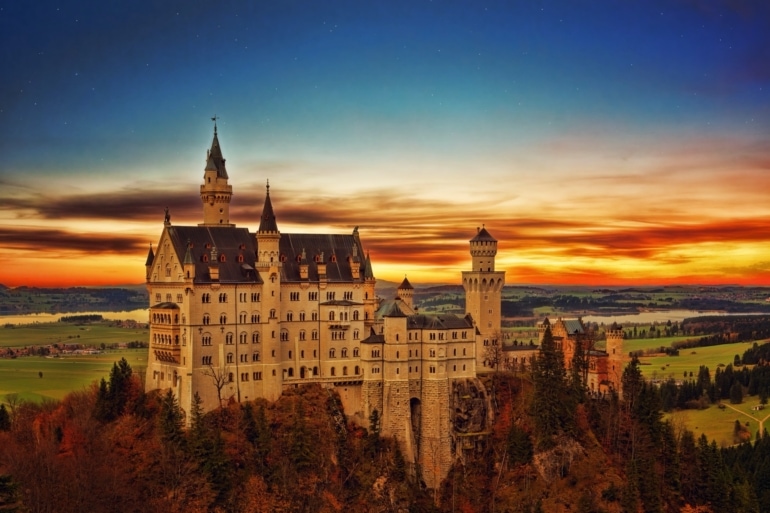 Without a doubt, Germany is one of the most amazing places to visit in the heart of Europe. You can find so many things to discover when traveling in this beautiful country: historic cities, beautiful scenery, outstanding architecture, exciting nightlife options, various festivals, and events. Plus, don’t forget about the excellent food and beer!

The cultural richness in Germany can certainly give you plenty of reasons to plan your next trip to Deutschland. Here are 15 unique and interesting facts about Germany (that you probably didn’t know)!

Table of Contents show
1. The Legal Drinking Age Is 16
2. Germany Has Over 1,000 Different Types of Sausages
3. The First Oktoberfest Was Actually a Wedding
4. There Are More Than 400 Zoos in Germany
5. Germany Has the Highest Smartphone Usage in the World
6. There Are Plenty of Great Online Casinos in Germany
7. Some of the World’s Most Spectacular Castles Are Located in Germany
8. Forests Cover About One-Third of the Country
9. There Are Numerous Unexploded Bombs in Germany
10. The Tradition of Christmas Tree Originates in Germany
11. Prison Escape Is Not Illegal in the Country
12. Germans Are the Best in European Beer Production
13. Most German Shops Are Closed on Sundays
14. The Highest Peak Is 2,962 m High
15. The World’s Narrowest Street Can Be Found in Germany
16. A German Church Is the Tallest One in the World

Germans are allowed to consume undistilled alcoholic beverages, such as wine and beer, at the age of 16 without the presence of their parents. – It’s a shocking 5 years difference when compared to the United States!

However, to drink distilled spirits, Germans still have to wait until they are 18.

2. Germany Has Over 1,000 Different Types of Sausages

Germany is well-known for its delicious sausages. Yet, you may find it hard to believe that Germans have more than 1,000 different types of sausages!

The most popular sausage varieties include Bratwurst, Weisswurst, Frankfurter, Knackwurst, and Teewurst. Since the different types of sausages are flavored with different spices, they are all worth tasting. Make sure to try as many of these tasty sausages while staying in Germany!

3. The First Oktoberfest Was Actually a Wedding

The Oktoberfest, the famous German festival is held in Munich each year. But what many people don’t know is that the first Oktoberfest in 1810 was organized to celebrate the marriage of the Crown Prince of Bavaria and Princess Therese von Sachsen-Hildburghausen. It happened only later on that the yearly anniversary grew into a huge festival with beer and German food specialties that nowadays attracts over 6 million visitors each year.

Unfortunately, the Oktoberfest was canceled this year due to the coronavirus pandemic. But hopefully, in 2022, the festival will take place as usual.

The first thing I bet you didn’t know is that there are more than 400 registered zoos throughout the country.

The Zoological Garden in Berlin (Zoologischer Garten Berlin) is one of the largest zoos in the world and the oldest one in Germany (founded in 1844). This zoo has an enormous collection of species: you can discover about 1,200 species on 84 acres (34 ha) of land.

No wonder that a high number of visitors are coming to see this zoo each year. Just in 2019 alone, the Berlin Zoo had more than 3 million visitors!

5. Germany Has the Highest Smartphone Usage in the World

Compare that to other major countries like the US and China, whose rates are 72.1% and 59.9% respectively, and you can see how mobile-first the country really is.

Most locals use Telekom, Vodafone or O2, but if you’re traveling there, a prepaid SIM card for Europe is the more cost effective, hassle-free way to go.

6. There Are Plenty of Great Online Casinos in Germany

When traveling in Germany, you shouldn’t be worried about being bored at all. There are so many amazing opportunities for entertainment, including plenty of great online casinos where players can have fun even from the comfort of their home or hotel room. If you are wondering, the best German online casinos are listed on this page. A wide variety of online casino games are waiting for you at these casinos: slots, table games, live poker, and many more!

7. Some of the World’s Most Spectacular Castles Are Located in Germany

When visiting Germany, you can explore some of the most spectacular castles in the world as there are numerous castles located throughout the country. – According to some estimations, there are more than 20,000 castles in Germany!

Just to mention a few castles to visit, below you find a list of Germany’s most beautiful castles:

8. Forests Cover About One-Third of the Country

If you love the stillness and beauty of forests, then Germany is definitely one of the best travel destinations for you. Interestingly, forests and woodlands cover about one-third of the country. Thus, you have many beautiful forest areas to visit once you arrive in Germany.

Probably, the most amazing forest in Germany is the Black Forest which is a 6,009 km² large woodland in Baden-Württemberg. A must-see place for nature lovers!

9. There Are Numerous Unexploded Bombs in Germany

Even decades after World War II, a high number of unexploded bombs (more than 2,000 tons!) are found each year in Germany. This is why every time before a construction company would start a new project and begin digging, experts need to verify that there are no bombs in the ground.

10. The Tradition of Christmas Tree Originates in Germany

There are numerous traditions associated with Christmas. Yet, having a decorated tree seems to be one of the most important ones.

It is a widely held belief that the Christmas tree tradition originates in Germany. According to the tales, Martin Luther was the first who decorated a tree with lighted candles in the 16th century.

11. Prison Escape Is Not Illegal in the Country

One of the most interesting facts about Germany is that prison escape is not punishable by law in the country. The philosophy behind it is that it’s considered to be a basic human instinct to want to be free and escape. Therefore, when an escapee is caught, they are not charged with the escape unless they break the law otherwise during the escape (for example, caused property damage, assaulted any individuals, etc.).

12. Germans Are the Best in European Beer Production

While many people think that Germans are world champions in annual beer consumption, the truth is that the Czechs are better at beer drinking.

However, when it comes to beer production, Germans can be proud of themselves. Germany stands in first place in Europe. More than 1,300 breweries are located in the country.

13. Most German Shops Are Closed on Sundays

Since Sunday is a rest day for Germans, in general, shops are closed on this day of the week in Germany. Of course, there are some exceptions. So, you can find some shops open, such as bakeries, grocery stores at train, bus, and metro stations, and shops at the gas stations.

Zugspitze is the highest mountain in Germany. This peak at 2,962 m above sea level is an attractive travel destination for many people. Both skiers and non-skiers come from all over the world to visit this wonderful place and admire the panoramic view.

Germany’s highest and most popular ski resort is located on Zugspitze.

15. The World’s Narrowest Street Can Be Found in Germany

According to the Guinness World Records, the so-called Spreuerhofstraße is the narrowest street in the world. This street can be found in Reutlingen, a German city in Baden-Württemberg. The street is so narrow that even at its widest point it is not wider than 50 cm (about 19.7 in). The narrowest point that made the Spreuerhofstraße win the Guinness World Records is 31 cm (about 12.2 in).

16. A German Church Is the Tallest One in the World

Another world record that may surprise you! The tallest church in the world is also located in Germany. The Ulm Minster is 161.5 m (530 ft) tall and was intentionally built to be a couple of meters taller than the Cologne Cathedral which is 157.4 m (516.4 ft) tall.

I hope you enjoyed these unique facts about Germany and that you have a safe trip to this beautiful country! 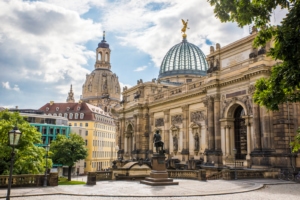 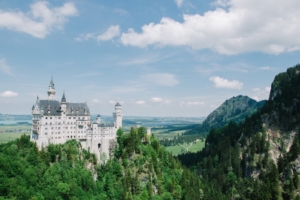 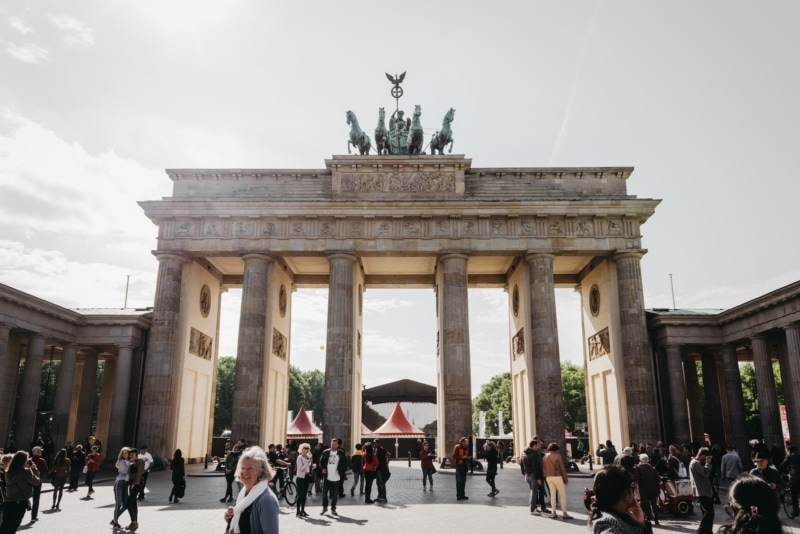 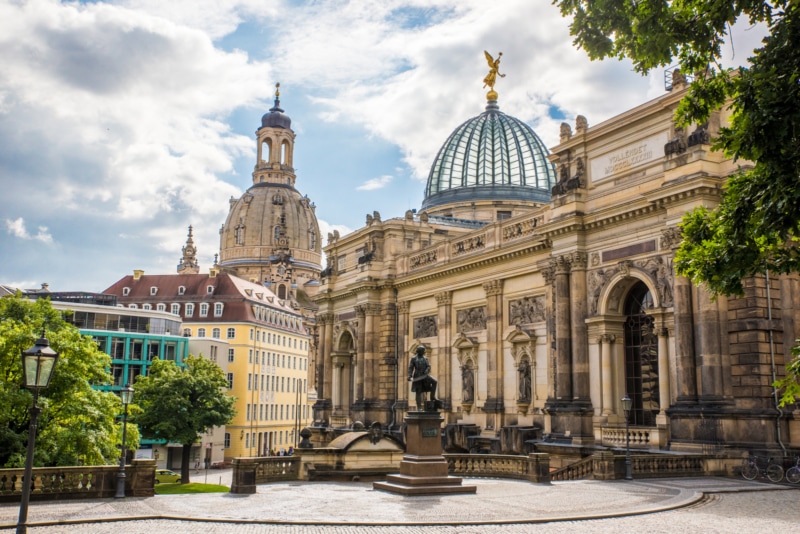 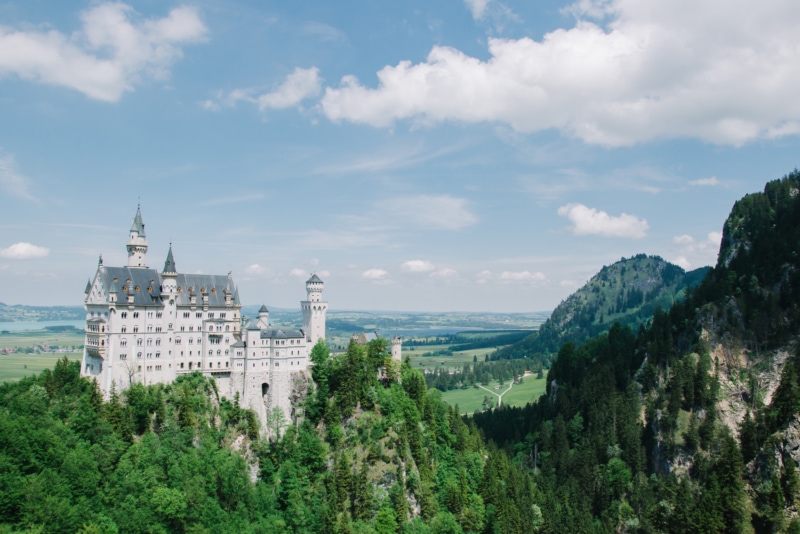