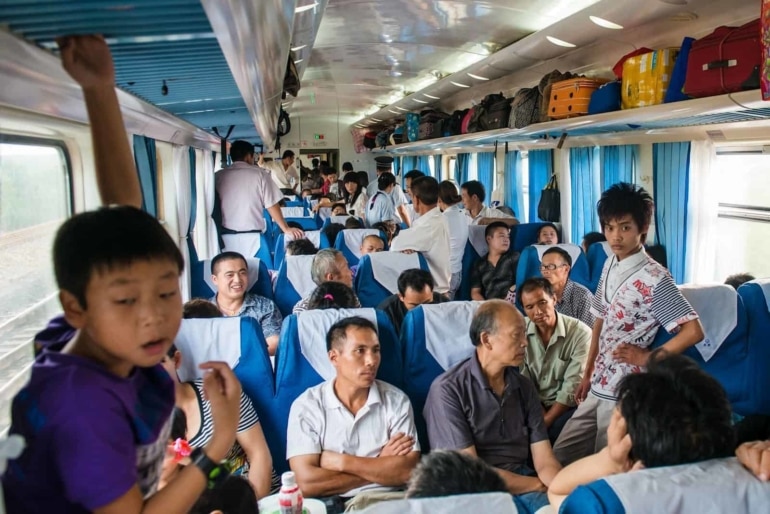 By western standards, China is a cheap and inexpensive place to visit.

As I’ve outlined previously, the cost of living like a local in China is very low. At the small restaurants around the corner from my apartment, dinner costs a dollar and a large beer costs 50 cents.

I knew that the cost of travel in China would be slightly higher than this, as everything on any “tourist route” is bound to be, but I was curious to know just how much I would actually spend.

To this end, I decided to keep track of my expenditures for 12 days as I backpacked through the southwestern Chinese province of Yunnan. I began tracking expenses from the moment I left my front door, to the moment I returned.

How Accurate are These Numbers?

Yunnan is diverse, and I visited cities, inexpensive small towns, and overpriced tourist areas to boot. With the exception of the large, notoriously expensive cities like Shanghai and Beijing, I strongly believe this to be an accurate representation of the cost of travel in mainland China.

All numbers have been calculated and then rounded accordingly. The numbers in bold are United States Dollars, or USD.

My Spending Habits in China

My spending habits varied over the course of the trip. My general mindset was “don’t spend too much and don’t buy unnecessary things.” I knew I wouldn’t need to be overly conservative with my spending as it’s cheap enough that I could afford to spend a little extra.

I wasn’t particularly stingy, but I also wasn’t reckless by any means. Using an online money management system like Mint.com definitely helps if you need a good way to keep track of all your expenditures.

The official currency of the People’s Republic of China is the Yuan or Renminbi, CNY for short, or RMB, ¥, CN¥, 元 or CN元 (thanks for keeping things simple, China!). At the time of this article, 1 CNY = 16 cents USD. Inversely, 1USD = 6.2 CNY. If you’re a Brit, a general rule for calculating the British Pound (GBP) is to divide the number of CNY by ten, or move the decimal point one place to the left. So, 10 CNY is about 1 pound.

Over 12 days, I tracked every CNY that I spent. Altogether, excluding two nights out at the pub, I spent 3,254 CNY, or about $525. For almost two weeks of travel, and spending without major restraint, I’m very happy to report this number.

And who said travel had to be expensive?

This number could be much lower, though, and China could easily be traveled on just $25 USD per day (155 CNY) if one were maintaining a strict budget.

The Cost of Food and Drink in China

I splurged on nice food and big meals, which could have been avoided, but I believe that a vital part of travel is tasting the local culture and sometimes indulging in social activities like group dinners. Not once, in my entire time traveling, did I cook for myself or eat instant noodles! Every meal, then, was spent in a cafe or restaurant. In that regard, my cost of food could have been significantly lower, but it wasn’t something I was particularly concerned about. For this reason, then, food was my highest expenditure.

In 12 days, I spent 971 CNY, or $157, on food and drinks. This includes a couple of beers with a couple of meals, but nothing excessive. Nights out at the bars or pubs, which only happened twice, were not included in this number. A beer at a bar or club could cost anywhere from 20CNY to 60CNY, depending on the type of beer and the type of venue. I never went to be remotely close to hungry and, in fact, I’d say I overate on more occasions than not.

The Price of Accommodation in China

The price of accommodation in Asia is significantly lower than places like Australia or New Zealand, where I had just come from. The most I spent on accommodation for a single night was 60 CNY, which I was forced to pay because I was traveling during the Chinese New Year (mid-February).

When China goes on holiday, the price of transportation and accommodation goes through the roof and can increase by as much as triple (or more, sometimes).

The lowest price I paid for a night’s sleep was 25 CNY (4 bucks!). These prices were for shared rooms in hostels which slept between two and eight people. Though likely outside of the $25/day price range, I also recommend Agoda for hotels and guesthouses in Asia.

The transportation systems in China can be daunting, but there is nothing quite like the experience of the Chinese train system. Train and bus are the best ways to get from place to place. They are cheap and they run consistently (though they’re not necessarily reliable). The drawback, though, is the time commitment. China is a big place and getting from one town to the next is likely going to take a lot longer than anticipated.

One way to save on costs is by taking an overnight bus or train, so you won’t have to pay for accommodation. You’ll save money, but you probably aren’t going to save on sleep!

The Price of Activities in China

Activities are cheap in China. You’re not going to be bungee jumping, skydiving, or doing other crazy stuff that costs a lot of money. All of my activities, which included bike rentals and entry fees for hiking trails and temples, cost me 219 CNY, or $35.

I spent 446 CNY ($72) on other essentials that I hadn’t come prepared for, like a new winter jacket, sun cream, and medicine. On average, this worked out to about 37 CNY per day, or $6. If, of course, I had come prepared with warm enough clothing, this number would have been drastically different. This speaks to the importance of pre-planning, or at least enough planning to know that you should pack a few extra items because you’re probably going to mess something up!

On top of the essentials, there were the non-essentials. These came in the form of gifts for friends and myself. My total for these souvenirs was 275 CNY ($45), or 23 CNY (less than $4) per day.

NOTE: If you’re traveling anywhere, but especially in Asia, don’t skimp on travel insurance. It doesn’t cost much up front, and you never know what could happen. I always recommend World Nomads for complete travel and health coverage. Just fill out the form below to get a free quote!

Even though I went beyond this number, I’d say that traveling China on $25 per day is a very reasonable target. My spending was slightly excessive at times and, had I cut down on some of the major expenses, like my food costs, my spending easily could have fallen under that budget.

Travel doesn’t have to be expensive like many people believe. Sure, China can be a tough place to travel within, but that’s what makes the experience even better. The best trips aren’t necessarily the expensive ones, and China, in this sense, definitely becomes one of the more viable options.