The 10 Best Hostels in Australia: Where to Stay on a Budget 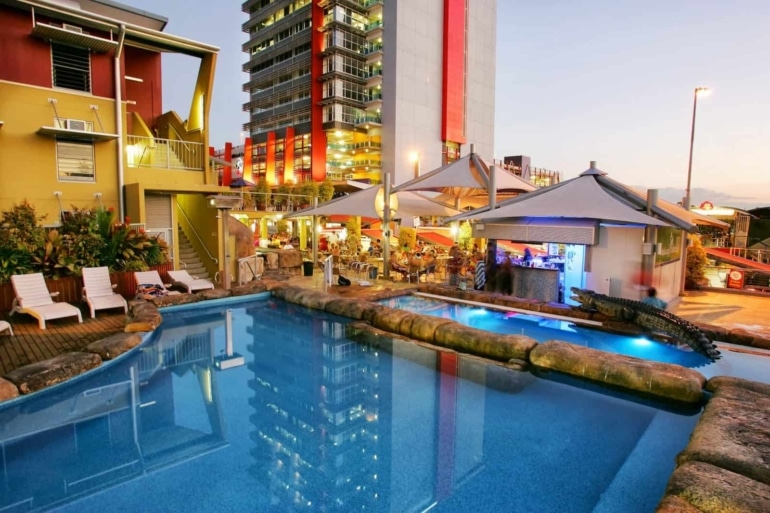 I spent a full year traveling and staying in some of the best hostels in Australia. In that time, I came across some exceptional accommodation options, and have learned how sophisticated and extensive the hosteling network in Australia really is.

If you’re traveling around down under and aren’t sure where to stay, this list will give you some direction. Here are ten of the best hostels in Australia.

Though a bit out of the way from the main town, Southern Cross is a beautiful and relaxing place to spend a few days; it’s a funky hostel with cabins instead of rooms, the property large, licensed to serve alcohol, and there’s plenty of space to hang by the pool or in the open-air lounge!

Don’t let the name throw you—The Ritz is no luxury accommodation. It’s comfortable, though, and it feels like home, which makes it a great place to hunker down for a while if you’re sticking around Melbourne. Many of the rooms are split, so the eight-bed dorms felt more like four-bed dorms and there’s a comfy TV room tucked away in the corner with plenty of movies available on their hard drive.

It’s walking distance to the beach, it’s very social, and there’s always an easy way to meet people, whether it’s in the kitchen, in the courtyard or on their weekly wine-and-cheese night. The Ritz staff organize events and activities on most nights so there’s always something to do. It’s a gateway into all the glory that is St. Kilda. Melbourne is one of the best backpacker cities in Australia, so don’t miss this one!

More Info on The Ritz

There are a LOT of hostels in Darwin, many sitting next to or across the street from each other. Darwin is a happening town and Melaleuca on Mitchell fits right in. The rooms aren’t huge but that’s okay because you probably won’t be spending much time in them. The common area is right outside next to the pool and bar where most people are hanging out and relaxing on sunny days (there are a lot of those in Darwin!).

Darwin as a whole is a bit sketchy at times, so their night-time security guards mean you can rest well without worrying about your safety or your belongings.

I’ve been told that Base Brisbane Uptown (formerly Tinbilly) is another hostel worth considering, but the Brisbane City YHA still managed to make the list of best hostels in Australia. This hostel, inside the mansion-esque security gates, operates like a resort. The rooms are your standard dorm rooms, and the floor plan resembles more of hotel than a hostel, but the common areas and facilities are very retro, well-maintained and absolutely top-shelf.

This hostel boasts a sundeck on the roof with an adjacent swimming pool as well as tables galore to enjoy a book or a few beers with a few new mates that you met making noodles with in the enormous, stainless steel kitchen. The TV room is basically a cinema and there’s a great bar downstairs with indoor and outdoor seating. It’s a cool place to be.

I can’t remember exactly how I found this place (it wasn’t on any booking sites at the time), but I’m glad I did. Islander Backpackers Resort is a hotel with backpacker accommodation on the side. The lounge area is comfortable and sits adjacent to the kitchen and huge balcony/BBQ area.

Surfer’s Paradise is another one of Australia’s party towns and plenty of other hostels cater to it. The Islander was quieter than the others (which was nice a nice change), but it definitely wasn’t quiet (which was a good thing)! All the hotel’s facilities are available to backpackers as well (i.e. the pool) and it’s only a few minutes walk from the beach.

Ah, Gilligan’s. The infamous Gilligan’s. No list of the best hostels in Australia would be complete without Gilligan’s.

It’s not really that cheap, and if you’re looking to get to sleep before 5am (seriously), I wouldn’t really recommend staying here. But, if you’re looking for a party by the lagoon or an even better party at their bar, this is exactly where you want to be. The rooms are in surprisingly good shape (good work, housekeeping) and the rest of the facilities are on par as well.

Cairns is one of the best places to visit on the east coast of Australia, so if you’re in Cairns for a just a few days and you want to party, don’t even consider staying anywhere else. But if you’re staying a little longer, you might not want to stay more than a week 😉

Many people visiting Airlie Beach choose to stay at Magnums for the almost unbelievably low price and its reputation as the party hostel in town. As far as I can tell, Airlie is good for two things: providing a jump-off point for trips to the Whitsunday Islands and partying your ass off. Many people are only in town for a night or two before or after their trip to the Whitsundays so, when there’s nothing else to do, go party.

Magnums is really cheap, but remember: you get what you pay for. At only a dollar or two above the average rate of hostels in Australia, Airlie Waterfront is well worth it. Almost a year and a half and probably a hundred hostels later, I can still safely say have never seen a backpackers with rooms as clean as these. It’s definitely one of the best hostels in Australia. The rooms open onto a common balcony looking over the treetops, set directly against the ocean. A beautiful room with a gorgeous view.

I’m not the biggest fan of the Base hostels in general, but Base Magnetic Island is the exception. It’s unlike any of the others (and it’s one of only two backpackers located on the magnificent Magnetic Island). This Base reminded me of a summer camp I once visited—cabins scattered throughout the trees fringing the beach. The beachfront deck, engulfed by the sun, is connected directly to the onsite bar/restaurant where, on any given night, there is always a party.

And once a month this place packs the house for their notorious full-moon party. This Base was host to one of my best stays in Australia.

More Info on Base Magnetic Island

A great place to do nothing! Scotty’s Beach House is a hostel that makes you feel like you’re at home. It’s chilled out, laid back and right across from the beach (where the skydivers land)! The staff here were some of the friendliest and most accommodating I’ve ever met. Though I was only there for a few days, I was made to feel like a part of the family.

The pool is the centerpiece of the common area surrounded by chairs and picnic tables. You’ll find people playing hackey-sack on the lawn or fire-twirling next to the pool. Ask anybody who’s stayed at Scotty’s and they’ll tell you—it rocks!

Yamba is a small beach town that you probably haven’t heard of. It’s along the east coast backpacker route and a lot of people skip right past it—don’t make that mistake! I was only meant to stay here for two nights but I ended up staying for more than a week.

The Yamba YHA is clean, sizable and run by the friendliest family I’ve ever met. Within two minutes of walking into the reception area/bar and restaurant, I was having a casual chat with the owner and then dinner and beers with the whole family! It simply would not be the same if it weren’t for the Henwoods.

Jump at the chance for Shane’s 8am surfing trip every morning and be sure to take his Ten-Buck Tour (it costs ten bucks). I have one piece of advice for your trip along the east coast of Australia: stop in Yamba, and stay here! I not only rate this as one of the best hostels in Australia, but one of the best I’ve ever stayed in. 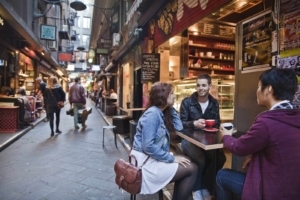 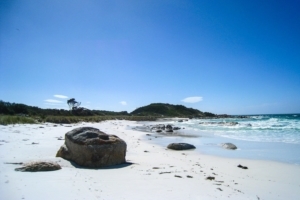 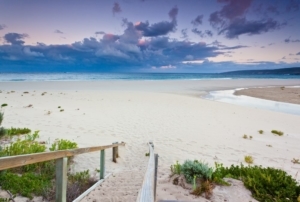 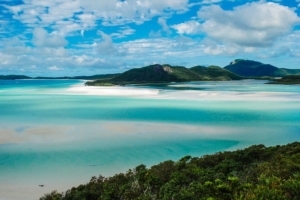 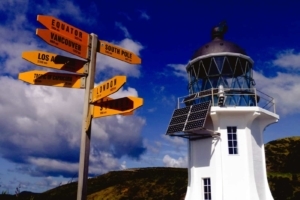 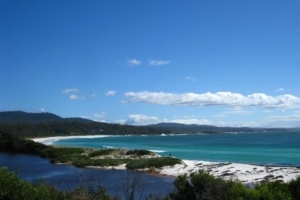 How to Spend Two Weeks in Awe-Inspiring Tasmania 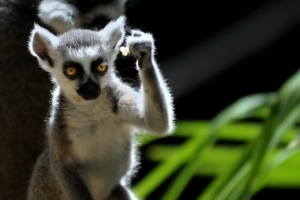 What I Hate About Australia 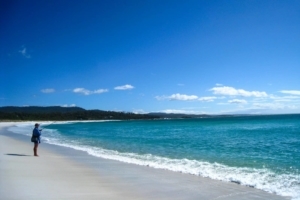